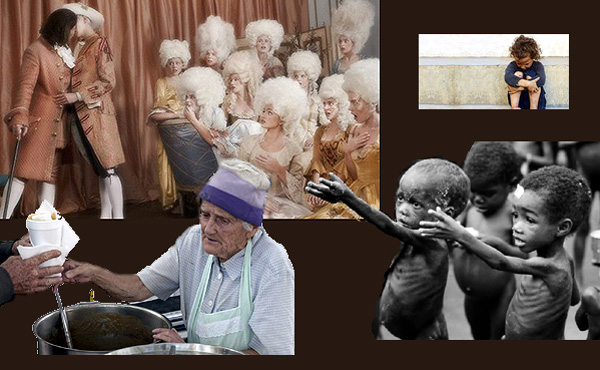 In this incredibly dangerous and mendacious time when little seems to get better but the bank accounts of the rich why is society reacting so quickly to improve its mores regarding sexual relations?

While democracy, poverty, disease and war get worse? Is it because doing, confessing and chastising sexual harassment is easier than stopping a man from killing eight people with a truck in God’s name? Is it because the hypocrisy of the rich and religious has just gotten so grotesque that it’s finally bubbling over?

I surveyed a number of African countries to find out. Here’s what I learned:

I learned that this situation is occurring in the freest countries of the world, in those countries with a vibrant free press and enduring protection of free speech. And that it isn’t happening in the countries that are less free with less free speech.

A famous South African singer, and also a member of Parliament, is likely to be sacked as sexual allegations mount against him. This whole tidal wave of reproach of sexual harassment actually gained steam with a Kenyan actress. British lords are leaping away faster than in the Christmas carol, and it could bring down the government!

Even in sexually creative France, the tide is resounding. In fact all across Europe allegations and confessions are leading to a clear social indictment against sexual harassment the likes of which we’ve never seen before.

CNN calls it a “Turning Point in War on Sexual Harassment.”

Step down the “freedom” staircase a little bit, like to Nigeria, and it might happen but it hasn’t yet. Nigeria’s film industry is so large that sexual harassment claims regularly appear there from time to time, but so far to little avail.

There is aggressive reporting right now throughout Nigeria about the “turning point” going on in freer countries but it has yet to infect Nigerian society itself:

“If almost every Nigerian actress has been sexually harassed at one time or the other….Why allow [the culprits] to roam free?” asks Ayo Onikoyi of one of Nigeria’s most prominent newspapers.

That question I think I can answer. Nigeria’s press – while incredibly diverse and extensive – is much more beholden to the Nigerian elite that control its army and politics. We’re learning how deeply this spontaneous social purge drills down once it starts. Kenya and South Africa can handle it, hopefully just like Europe and the U.S. Nigeria probably can’t.

So while I think I’ve nailed down where this is happening and where it’s more difficult or not happening, the two most profound questions remain:

1. Why are “free societies” mobilizing to reduce sexual harassment, but are unable to mobilize to reduce equally egregious social norms like homelessness, lack of health care, increasing poverty and scores of other things? Why, for example, was the LGBT movement so successful and enduring but Black Lives Matters is petering out?

The success of the LGBT and current movement against sexual harassment has stark characteristics we just can’t ignore. They were initiated and raged through the upper class. Clearly the lower classes suffer just as much if not more greatly than the upper class from sexual mistreatment. But the movements came from the top.

The top is generally rich and white.

2. Why is our society so moved to action by the sexual misdeeds of Harvey Weinstein and Kevin Spacey and Mark Halperin, but can’t retain enough attention to do anything for Rosamaria Hernandez and Myeshia Johnson or Jeremy Richman.

What is your answer?