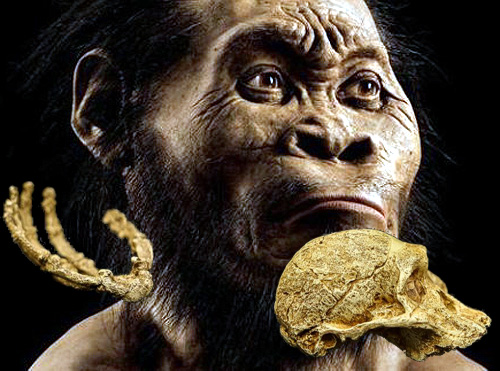 Homo naledi is undoubtedly a new species of early man, and that’s exciting enough, isn’t it? We’re pushing around 20 species, now, of early men and I’ve predicted for some time that number will probably never stop increasing, at least until we start hunting for fossils on Titan.

We know that our epoch of planet earth is one of quickly diminishing species, and that in the ages of rapidly increasingly species, there were dozens of apes, maybe hundreds of early primates. Why shouldn’t there be lots of types of early men?

The story of Homo naledi is exciting for two reasons in particular:

First, it’s a collection of fossils representing at least 15 individuals. We’ve never discovered such a single collection of early men species before.

Second, the creature has appendages – arms, legs and especially hands – that are much more similar to our own than any other early creatures found with a similarly small brain size.

There are other reasons the discovery is exciting: it was in the Sterkfontein area of South Africa, which post-apartheid has received the attention it’s deserved for decades and is year to year showing its exceptional worth.

The leader of the expedition is Lee Berger, an American resident in South Africa for most of his career. Another lead member of the team is one of my personal anthropological heroes (for his normally balanced approach to the science that he’s somewhat compromised in this case) John Hawks of the University of Wisconsin.

Unlike discoveries made by some of the find’s most vocal critics (Tim White of Ardi, in particular) the analysis of Homo naledi has been open and transparent since its find nearly two years ago.

In other words, and unlike Ardi’s find and numerous others, what was known was published remarkably soon after it was discovered. Today’s announcement is the summary of all that analysis, and – what I consider somewhat tentative – the age of the discovery.

If that also holds true of the fossils themselves, it’s astounding. It would mean the hominid line moves even further into the past, overlapping more and more species of men-like creatures that were not hominin, like the australopithecine.

It’s not astounding conceptually, because it’s what many scientists and I’ve believed all along, but it would be evidentially astounding.

And this is where two fights really begin. Disregard White’s pooh-poohing of the typing of the species, because that old battle of what species is what is really becoming an old man’s game. The real fight is over the age of the fossils.

Most early fossils are pretty easily dated. The unique structure and composition of this cave, however, makes easy dating impossible.

If the fossils are as old as the cave itself, it predates early human and that’s very exciting. The finders are also suggesting something else: burial, something also presumed to be utterly human.

It’s nearly impossible for us laymen to speculate on the actual age of the fossils, because that’s deep and intricate science.

But we can speculate upon the extent to which the situation seems to be a burial.

The creatures had very small brains and no other creatures anywhere near that brain size have been found in situations that suggest burial.

If burial is a human characteristic, and if this was a burial situation, does that mean that this was a more direct ancestor than any found this primitive before?

I don’t think so. The 15 individuals were mostly young people, many very young. Only one old individual is among the discovery.

Certainly in primitive situations more young die than old, perhaps many more young, so that would be consistent with the find. But 14:1?

Berger insists there is nothing evidential to suggest predation or warfare, because there aren’t fossilized wounds. But what about suffocation or a sudden methane blow?

So by process of elimination that didn’t consider my qualifications above, the current scientists – including my usually reluctant Hawks – have decided this was an early human burial site.

I don’t think so. I’m still thinking about why I don’t think so, but it strikes me as the exaggeration of an otherwise beautiful paleontological discovery, diverting interest and ergo science from deeper analysis of what we know, to cosmological speculation of what we’ll never know.