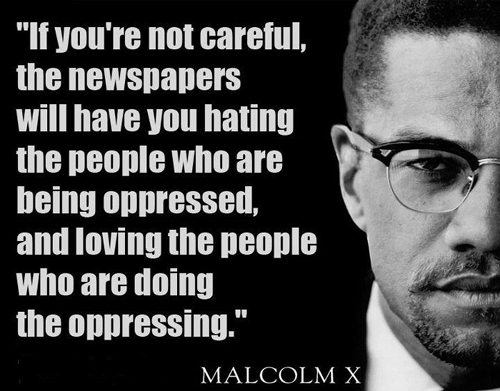 Africans mostly blame Republicans but more so blame America’s political system for the catastrophe that could have destroyed them last night.

Of all Africa’s 54 countries, South Africa has the largest economy, and it’s roughly one-twenty-fifth the size of the United States economy. After South Africa comes Nigeria and Egypt. Together those three economies are roughly ten times larger than the combined economies of the remaining 51 countries.

For further example of the importance of scale and how disastrous the debt ceiling catastrophe could have been to Africa, consider East Africa (Kenya, Tanzania, Uganda, Ethiopia, Rwanda and Burundi).

The largest of these economies is Kenya. Its economy is roughly equivalent to the economy of the greater St. Louis metropolitan area, roughly one-two-hundredth the size of America’s economy.

Why does this matter?

Because despite the wide variation of political systems that govern the various African economies, they are all totally and mercilessly dependent upon the dollar.

The value of South Africa’s currency, the Rand, leaped and plummeted in near lock-step with the U.S. stock market, valuing the potential of a deal. When it was finally reached late last night, the Rand increased to its highest level in months.

Most of the world’s gold and diamonds come from southern Africa, and their belly fundamentals are slowly becoming linked to the Rand. In one fell swoop last night, when Obama signed the law to reopen the government and raise the debt ceiling, South Africa’s GNP projections rose by nearly 3%.

A South African considering a vacation to Disneyland could now possibly afford it, where as Tuesday, it was out of the question.

For the much smaller economies like Kenya the catastrophe could have been apocalyptic. The undeniable sudden end of AID and other financial instruments that keep these emerging countries operating day to day, would be switched off.

No petrol for cars. No food for the slums. No spare parts for the hydroelectric damns that produce the country’s electricity. And no extraordinary measures to be sure of the less clear but well known security to contain terrorism, like al-Shabaab.

It was no small deal for Africa. To say those countries’ businessmen and financial leaders had stopped breathing waiting for Obama’s signature is no exaggeration.

“But, the political deal reached on Wednesday does little to set the world right again,” wrote a South African analyst this morning. “Too little, too late. Once again, the symptoms have been addressed, rather than the problem.”

Africans don’t understand this, either:
“Numerous polls show Republicans have taken a hit in public opinion. A Rasmussen poll on Wednesday showed that if congressional elections were held today, 78 percent of Americans would like to see the entire Congress thrown out and replaced.”

That was a widely published report from Africa by Reuters. It’s confusing because in most of the world democracy is run by Parliamentarian systems, and mechanisms would already be functioning for an immediate new election, and we could, in fact, throw all the bums out right away.

But not in America.

“The vote was weird.”

“Drama queens the lot of them.”

“It appears this whole shutdown was so that Cruz could get some votes in his home state.”

“62 percent of House Republicans oppose deal: Bolded bit for those who think both parties are the same.”

The above from an active chat site in South Africa.

“Talk about leaving it on the late side,” wrote South Africa’s FSP Invest’s principal editorial today.

Now I know there are a lot of Americans who could care less that distant African nations will really be the ones to feel the tumult of our actions before we do ourselves.

There’s this widespread selfishness in America that what we got we deserve, and what they got is because they did something wrong.

Despite that being ridiculous, it doesn’t even matter if it were true. America for no other reason than its size and success has a responsibility to the rest of the planet, to the universe in which it finds itself king.

Fate or hard work, it doesn’t matter. The world depends upon us. Just as the poor sop on Wabash Avenue out of work for 9 months depends upon us all. DEPENDS UPON is a concept most of the world gets and lots of Americans don’t.

Charity begins at home. And if we just get that one right, we’ll automatically be extending charity to the rest of the world.