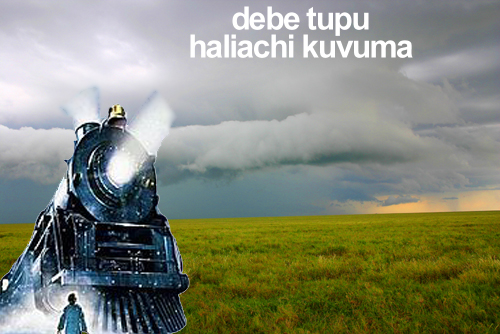 There is no evidence that a Chinese railway will be built through the Serengeti, despite the alarms sounded by Serengeti Watch (SW) retweeted and reblogged by conservationists.

SW’s end-of-year alarm is not just premature, it’s dangerous. It makes it difficult to sustain a lasting fight against those in the Tanzanian government interested in subsuming conservation to more rapid commercial development.

Several days after SW’s issued an alert to its 40,000+ friends on Facebook that the Tanzanian, Ugandan and Chinese governments had plans to build a railway through the Serengeti, the Tanzanian government said unequivocally that any railway being planned “will not run through the park.”

I’m the last to enshrine African government announcements as trafficking in truth, but this one is pretty clear and simple, and while of course anything can be lied about, this time I seriously doubt it. Here’s why:

SW’s principal evidence was a December 23 announcement of an Uganda/Tanzania/Chinese agreement released by the Uganda Transport Minister reported by one of Uganda’s better news services, IPP media, on December 24.

The agreement for a $450 million feasibility study for several infrastructure projects all linked to China’s extraction of African natural resources included a railway from Tanzania’s northern and wholly undeveloped Indian Ocean seaside city of Tanga to its Lake Victoria port of Mwanza. A straight line from one to the other goes through the Serengeti.

There is nothing in the announcement to suggest the railway will be straight.

In the next few days following SW’s alert dozens of bloggers took up arms, and while not exactly going viral it was widespread. Several days later one of Uganda’s typically near-tabloid newspapers took the rumors and staged a full-on, evidence-lacking scandal claiming in its lead paragraph that the agreement would “build a railway line passing through the Serengeti National Park.”

That was promptly followed by the Tanzanian government denial noted above.

A whole basket of threats jeopardizes the Serengeti, not just from this yet fluid and unclear agreement, but from numerous other development projects including the moribund roads project which has not yet been removed from Tanzania’s transport docket of active projects, despite clear indications it has been shelved.

But ambiguity is supreme in African politics and policy, and it takes a bit of care in mastering your position. Threats must be fought differently than wars. The Serengeti road project is definitely on the shelf and being monitored by a whole range of pantry watchers including UN agencies and Hillary herself. It was a war that SW helped to win. That battle’s over; the threat continues.

And the railway is not yet clear enough to send in the troops.

If the day arrives when this stated policy changes, the reversal – unlike Newt’s, Mitt’s and our farcical righties – will carry significant political leverage in Tanzania where a growing movement similar to Kenya’s is requiring more and more accountability and constancy from local politicians.

This is a tough one, and it is so because of China’s intractable need for natural resources, one that with each day is clearly insensitive to anything but its own consumption. Huge battles loom all over resource-rich Africa.

In Tanzania alone we need battle strategies right now to stop ongoing projects around Zanzibar and Tanga’s coral reefs, uranium in The Selous, hydroelectric plants on the Rufiji and the ongoing travesties with gold mining near Mwanza. Any one of these, all ongoing at this very instant, has negative environmental impacts as great as the imagined threat of severing the wildebeest migration.

The way to master the railway threat on the Serengeti is not SW’s. We need effective diplomacy not not-for-profit hysteria. The best way to lose a battle is for the little guy to shoot first.

In Africa dreams often become reality. But the last thing we need right now is to provoke these threats in the Serengeti. China has a lot of money and doesn’t exactly like clean air.

SW’s call to arms is premature and incendiary.