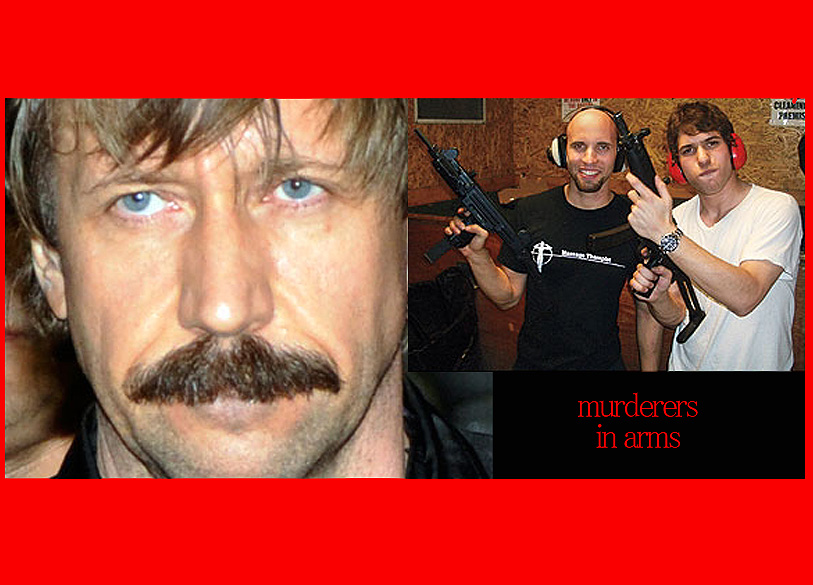 One of Africa’s most heinous arms dealers is now in a New York jail for at least 15-20 years. It’s about time. American administrations all the way back to Nixon have avoided prosecuting these terrible men, often because they used them.

Viktor Bout‘s sentence doesn’t begin to bring justice to the millions killed in Liberia, Angola or Sierra Leone, or to ward off future wars of the sort he tried and failed to start in Tanzania. But it’s a start, and it’s long, long overdue.

You can’t make war without weapons. The buildup of weapons during the Cold War was insane, and it wasn’t just limited to the nuclear arsenal that could destroy earth a hundred times. The inventory of tanks, surface-to-air-missiles, grenade launchers and simple guns that were manufactured in the 1960s and 1970s, is mind boggling.

Even the Federation of American Scientists considers illicit arms dealing one of the planet’s greatest threats.

When the Cold War ended and self-destruction grew less likely, the discarded hardware provided business opportunities for the most callous of men, and much of this wheeling and dealing occurred in or through Africa.

(Indeed, major arms dealing occurred in Africa even before the Cold War ended. Unbeknownst to this then young tour guide, I paid $60 x 14 to get my Lincoln Park Zoo safari members onto a DC3 that appeared like magic landing beside our mud encased vehicles near Zaire’s Ituri Forest in 1985.

We scrambled into the aircraft, grabbed individual ropes hanging above the small port windows and sat in jump seats facing the center of the aircraft which was consumed by a well equipped Armored Personnel Carrier (APC) headed for who knows where well south of where we got off when the plane refueled in Goma.)

But it was the huge inventories of weapons opened to the “free market” after the collapse of the Soviet Union that fueled so much death and destruction in Africa in the 1990s and 2000s.

Click here for a quick list of books documenting the incredible mayhem. Viktor Bout was the model for Nicolas Cage in Lord of War.

Bout’s conviction is a bit dicey in itself as evidenced by the judge’s reluctance to levy anything but the minimum sentence. But it shows the determination of the Obama administration to reverse years of immoral American complicity with arms dealing.

As the judge explained when issuing the minimum sentence, Bout was nabbed in a sting operation, a fictitious setup by US agents pretending to represent Columbian rebels.

He may, in fact, never have dealt in South America before. Africa was his kingdom. So while I can’t fault the judge for levying the minimum sentence, I can certainly applaud the Obama administration for doing whatever necessary to get this man off the street.

The story of illicit weapons is unbelievable. And it isn’t, as Rolling Stone showed, just a product of funny Russians taking advantage of the implosion of their society. It’s equally American kids pretending to be video soldiers who suddenly emerge from their flat sceens to become actual war mongers.

And more often than not, it’s Africa that suffers most.

You can’t make war without weapons. Apparently, you can’t get weapons without Viktor Bouts and Miami Beach 25-year olds. They should all be in jail.