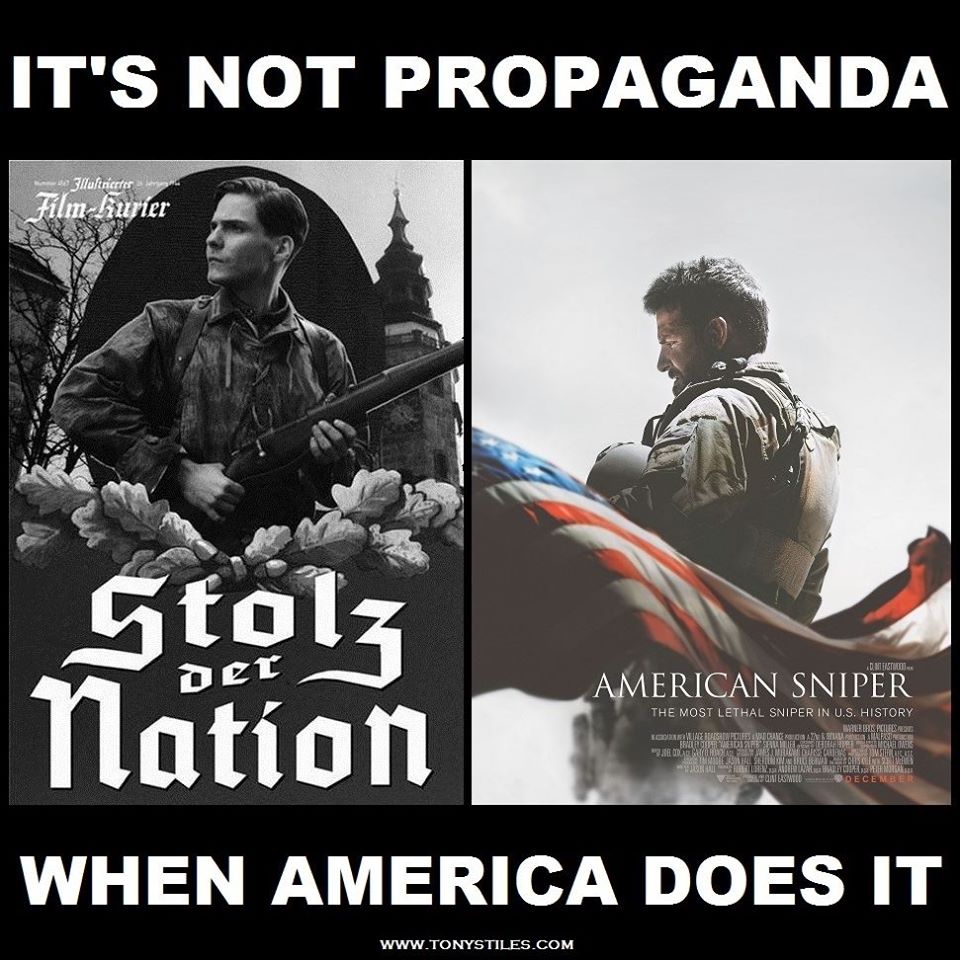 African critics are condemning the Oscars for validating American Sniper, which they charge is little more than propaganda.

Calling it a “highly dangerous and simplistic film,” respected Kenyan author Rasna Warah claimed this morning that American Sniper will reenforce the lies that many Americans believe regarding the Iraq War.

Warning her African readers that “though it may be hard to believe,” Warah explained that many Americans still think Saddam Hussein was involved with the Twin Towers bombing and that he harbored weapons of mass destruction.

Kenyans were drawn into this controversy, because director Clint Eastwood used documentary footage of the bombing of the Kenyan Embassy (in 1998) as part of sniper Chris Kyle’s motivation to become a Navy Seal and go into combat.

There is of course no connection whatever between those who organized and blew up the Kenyan embassy and those who were later fighting in Iraq.

“The fact that the weapons of mass destruction lie is so conveniently skipped in this movie as the rationale for the invasion of Iraq instead of the Twin Towers, just shows what kind of film this is,” tha-bang concludes angrily.

“The film has not only angered Arabs but fueled anti-Muslim sentiments,” Wasna warns.

Warah knows her stuff: she’s a Kenyan expert on African terrorism. Her books include “War Crimes” and “Mogadishu Then and Now,” two essential reads for persons interested in understanding Somalia.

I think we need to heed these voices, and of course critics of American Sniper for being propaganda are not confined just to Africa. There have been many similar critiques here at home and from respected critics abroad.

The better a production a movie is, the more dangerous it becomes if its message is unreal or untruthful.

American Sniper carries a message which is a lie, “American avengers are honest souls.”

They are not. American soldiers were no less tricked than me or you into thinking what they were doing was right.

It was wrong, and the film pulls that reality back into the fictionalized grandeur of a nonexistent America.

So whether or not the acting is superb, or the cinematography is near perfect, or the music splendid and dramatic, a message … which is a lie … is carried into the watcher.

We pride ourselves in America for allowing any voice short of one untruthfully screaming “fire” to enter our collective consciousness.

But if critics here at home condemn Obama because he won’t say “Islamic terrorist” then they better endorse Warah and tha-bang, too, for condemning Eastwood for not just rehashing but promulgating the biggest lies of my lifetime.