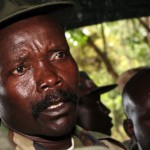 At least 10 people emailed me this video in the last 48 hours.

It is about 30 minutes long, and well worth a watch as the video has now entered the mysterious nexus between politics and pop culture.

(Beyonce had to ask people to stop tweeting her about it because she was already a supporter.)

I have watched a remarkable number of people turn themselves into LRA experts over the last 24 hours to cash in on the media buzz, so be very careful what you read on this issue.

Here is a good Q&A with some basic facts.

The LRA barbarism is not in dispute.

Kony kills, rapes, and abducts people, including many children, and then forces them to do the same.

Whatever ideological motivation there may have been to the Lord’s Resistance Army (LRA) at the outset has dissipated long ago.

There is zero moral ambiguity here… but that does not mean that situation is simple.

First – as Jim reminded readers many moons ago – the LRA is not in Uganda anymore! 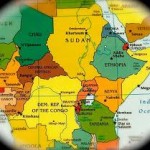 The Ugandan military chased them into neighboring states with far less capacity to deal with the problem– namely the DRC, South Sudan, and the Central African Republic (possibly the three least developed states in the world).

I should note as well that Joseph Kony and the LRA have been on life support for years; experts believe that he has a few hundred core fighters at most.

These die-hards, however, have still inflicted terrible pain and suffering on rural communities in central Africa.

Central Africa is the most fragile sub-region in the world.

A decade ago (98-2003) almost every country in the region was pulled into the brutal war in the DRC, and suspicion still runs very deep on both the government to government and people to people level. (Especially between Uganda and the DRC)

For these reasons, the DRC government has been very cagey about allowing the Ugandan military (and embedded U.S. advisors) to operate in their territory.

You could easily see opposition politicians and op-ed columnists in Kinshasa claiming that the government was letting sworn enemies and imperialists violate their national sovereignty.

This video might unfortunately invite more scrutiny on these delicate political arrangements.

Of course, Kony and his cronies have likely taken advantage of this and slipped from the jungles of the Central African Republic (CAR) where Ugandan soldiers are allowed to operate, into the jungles of the DRC where they are more restricted.

I have seen some analyst’s claim that Kony is in CAR, but most think that the majority of the LRA militants are now in the DRC.

Here is a good account of the failed attempts to kill or capture Kony so far.

They have tried using Guatemalan hit-men, air-strikes, and now U.S. advisors, but Kony’s core loyalists are bush experts and armed to the teeth.

They often retaliate after failed attempts by slaughtering thousands of civilians.

Everyone is now talking about whether the video was a good or bad thing.

I just think it was irrelevant.

The video is not going to make DRC politicians less suspicious of Uganda, or make the Ugandan military and the U.S. advisors work any harder than they already are.

Kony is going down whether or not A-list celebrities tweet about it.

Central African militaries are slowly closing the net over unimaginably large swathes of jungle, and political obstacles have mostly ameliorated over the past few years.

One U.S. advisor was quoted as saying that Kony’s remaining time would be measured in weeks, or maybe in months.

There is bipartisan support in U.S. Congress for taking him off the field and Obama is publicly committed to the mission.

What else do they want? This video may end up triggering millions in donations for the NGO Invisible Children, but their stated political objectives have already been met.

Ugandans are understandably all over the map in their reactions to the video.

Some think the video gave the impression that the war was still in Uganda (there was a 15 second disclaimer in the middle saying the war had moved to neighboring countries), others thought the film should have mentioned the atrocities committed by the Ugandan military, and still others thought it was good that more people now understood what a monster Kony is.

In general – I think that celebrities should stay out of foreign politics.

Unless of course, they would also like to start tweeting about Uganda’s 7% GDP growth rate.

P.S. Here is a pretty good article addressing some of the criticisms of the NGO Invisible Children