For quite a long time, I misunderstood the nature of the Chinese tidal wave in Africa.

I thought that giant SOEs like SINOPEC and SINOHYDRO, laced with agents from the public security bureau – and the People’s Liberation Army of course, were essentially buying the African subsoil on the cheap where their cash went the farthest – resource rich and infrastructure poor countries with brutal, corrupt, or otherwise unsavory leadership.

Some of this has certainly happened.

However, as the foremost experts have pointed out, repaying loans with commodities is neither new nor confined to China in Africa.

More than forty years ago, China secured a $10 billion dollar loan from Japan by leveraging its domestic resources.

Somehow, oil/commodity secured loans have taken on a nefarious connotation – why?

In most cases, this ensures that something is actually delivered to the host population.

If China uses its leverage to unfairly price-fix the commodity, or overvalues the infrastructure to be provided (as in Angola), then sure, the government and civil society should jump all over it.

While they are at it, however, they should also jump all over the development assistance programs from other partners that skim local talent and spend millions of dollars while leaving precious little behind.

The biggest misconception regarding the Chinese presence in Africa is the make-up of the Chinese diaspora on the continent.

They are not secret agents, nor do they receive concessional financing or other goodies from state owned banks. 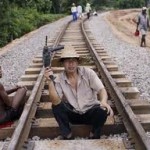 They are free-wheeling entrepreneurs with huge appetites for risk and the desire to escape cut throat competition back home in China.

A recent documentary – When China Met Africa does a great job exploring the edges of the African-SINO civilizational collision. Here is a trailer, and here is a review by the always insightful Damien Ma.

While big State owned enterprises certainly cause some friction, much of the antipathy toward China and Chinese in Africa comes from the success of small-time Chinese traders in local markets. (I’m taking about the private buccaneer types, not big company reps.)

Entrepreneurship is hard, especially in Africa. 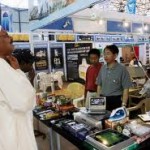 (This is changing…look for wave of African manufacturing in 2015.)

However, Chinese entrepreneurs in Africa (the private, buccaneering types) are beating out local suppliers in local markets.

Why? Connections, or Guang Xi, as the Chinese would say.

What do you do if you need a generator fixed in East Africa?

You call a Fundi (loosely, “a guy who knows stuff”).

In the Peace Corps I had a guy for pretty much everything – a money exchange guy, a taxi guy (this guy was a real wildcard), a goat guy, a make-me-a-sweet-Boubou guy, and most importantly, a bad-Muslim who-sells-beer-guy.

The Chinese have fundies too – only theirs own factories in China, trans-ocean transportation firms, and are flush with cash from thirty years of double digit economic growth.

When a Chinese business-person sees an opportunity in Africa, he/she (almost always a he) can usually access the credit, manufacturing capacity, and skills necessary to act on it.

I am not fatalistic about this though – African entrepreneurs have all sorts of linguistic, cultural, and geographic advantages when competing in their own backyard.

Look at how Ethiopia’s footwear industry survived the cheap Chinese shoe onslaught and improved their products because of it.

The African firms that survive the waves of cheap Chinese goods will be stronger and ready to compete globally – bring it on.

Anyway, it helps to remember that China and Africa are not two massive, sentient entities crashing against each other, but rather, millions of individuals and tens of thousands of firms each having their own personal interactions.