Over the past week I’ve made it out to Silver Spring, MD, for a few great African films. 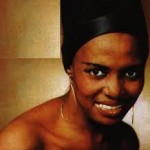 If you don’t dance in your seat I would probably just give up the ghost.

As noted in this Reuters’ review, the worst thing one can say about the film is that it would have been even better had she been alive to comment on her own life.

Miriam was involved with the making of the film up until her death in 2008.

The rest is put together with help from archival footage and interviews with a dozen former band-members, friends and relatives.

In Miriam’s case, this includes many of modern Africa’s founding fathers like Sekou Toure and Julius Nyerere, famous Black panthers like Stokely Carmichael, and world-class musicians from all over the world.

She was born into crushing apartheid township poverty in the 30s, and even spent six months of her first year in jail with her mother who had been sentenced for selling homemade beer.

Her rise was meteoric once discovered. 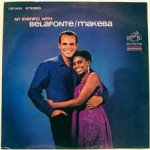 After being caught in the film “Come Back, Africa”, filmed secretly and smuggled out of South Africa by Lionel Rogosin, she was discovered by Mr. Harry Belafonte.

Belafonte went on to introduce her to the greats of the American music scene. She would eventually sing at JFKs birthday, and record with stars like Nina Simone, Desi Gillespie, Paul Simon, and tons of international stars.

She held seven passports and 10 citizenships at the time of her death.

Before the film, I really only knew her mega hits, like “Pata Pata.”

(Or find the song live in concert here.)

During the film, she actually says she wishes that some other song, with more meaning, had become her defining hit.

I suppose there is some irony in the vocal anti-apartheid singer who’s smash hit was, in her words, “a nonsense dance song.” 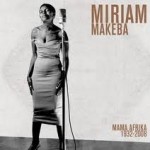 But there were plenty of more substantive hits as well.

She introduced the song in the movie by saying that “the colonizers have to call it “The Click Song” because they have trouble pronouncing “Qongqothwane” with the right clicks.

One of my favorite pieces of concert footage was “Oxgam.” This particular piece shows her potent smile to good effect.

After all, she essentially had her pick (more like pickS) of husbands wherever she went.

I also had the pleasure of seeing my old haunts in the Fouta Jallon region of Guinea when the film explored Makeba and her husband Stokley Carmichael‘s exile in Guinea.

After the two wed, all of Makeba’s U.S. dates and deals were cancelled in protest of Stokley’s activism.

At that point, a number of African countries, including Guinea, vied for Africa’s peripatetic daughter to come live with them as she still could not go home to South Africa.

In general, the film was a beautiful tribute to a pan-African hero, a tireless activist for justice in South Africa, and one hell of a voice.