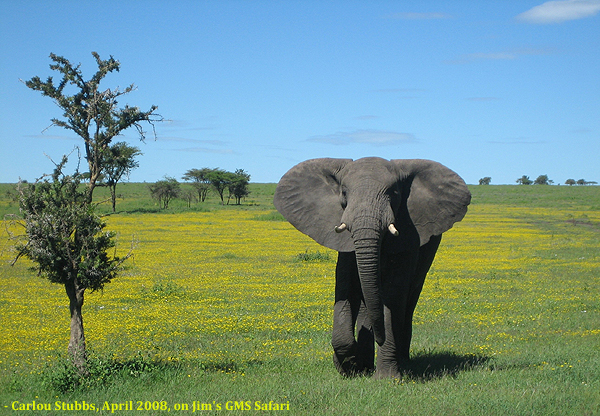 Clarity on how badly elephants may be declining is at hand. Wednesday scientists began the “2017 Selous-Mikumi Large Mammal Census” which will be conducted over a huge area of nearly 43,000 sq. miles in central Tanzania.

It will be the first such careful animal census of the area since 2014 but more importantly will help determine the much debated viability of the “Great Elephant Census (GEC)”, which tore through the continent a year ago. One of the great criticisms of that inflammatory report was precisely that it ignored areas that the current census will now sample.

Why believe this one?

This one – unlike the GEC – is being conducted by the most reputable wildlife organization in Tanzania if not all of Africa, the Frankfurt Zoological Society (FZS). The GEC was funded by a single billionaire who rather hastily pasted together a huge conglomerate of sometimes feuding wildlife NGOs.

This one – unlike the GEC – surveys vast wildlife areas that are not within national park borders. This was the single greatest flaw in the GEC. Obviously wild animals don’t restrict their territories to government bordered national parks. In today’s world, in fact, it could be that many wild animals are leaving the gazetted parks and reserves where human development is growing so fast for the more remote wilderness areas.

Most importantly, this one – unlike the GEC – builds on past, similar censuses of the same area.

One FZS scientist let slip what they might discover:

The project manager, Kathryn Doody, told a press gathering, “We sincerely hope the census will show that the elephant population has stabilized…”

The GEC was undertaken in 2015/2016. The last FZS census of this area was 2014. Doody is suggesting that there may be reason to believe that poaching prior to the GEC had come under control enough that the elephant population had stabilized.

That’s a bombshell. If it comes to pass, it will confirm my long-held view that while elephant poaching is serious it isn’t catastrophic and certainly never met the fire alarm level that so many conservation organizations claimed, using the GEC as their evidence.

In May, an equally professional animal survey conducted by Kenya’s Wildlife Service (KWS) in the Maasai Mara showed a 72% increase in elephant populations since 2014. The survey hastened to add, however, that the unexpectedly large increase might conceivably be a result of elephants fleeing the Serengeti. The implication was that poaching could be that serious in Tanzania.

On the other hand, surveys by elephant expert Charles Foley in Tarangire also showed increasing populations in northern Tanzania.

Elephants are the biggest big game. Obviously they are going to come into conflict with a rapidly developing society, and that’s the single-greatest problem, not how to stop poaching (though that is a problem) but how to find ways that people and animals can live together.

People have the upper hand. They must be convinced there’s a reason to tolerate these monsters in their back yards. I find it little different were Africans to come to Galena, Illinois, and argue how irresponsible if immoral it was for us to cull deer.

Theoretically, stopping poaching is relatively easy compared to solving the broader human/animal conflict, of which poaching is often a part! It takes measured science, and that is what the FZS, the KWS and independent scientists like Charles Foley are doing; not what the GEC did.

The FZS results will be announced in February and will provide a sound basis with which to judge not just my own very transparent and published biases, but equally the value of dozens of conservation organizations that literally staked their livelihoods on an imminent elephant extinction.