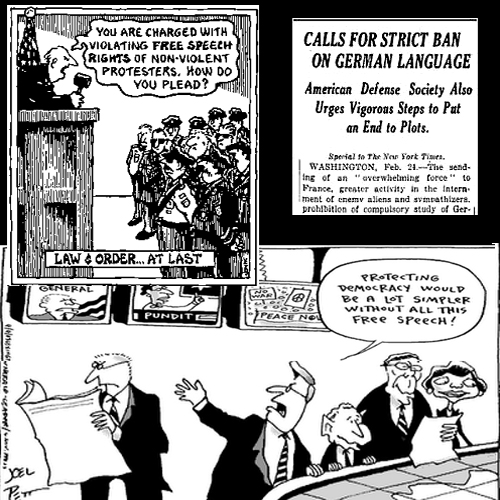 Is Charlie Hebdo hateful, and if so, should it be banned?

In the U.S. hate speech is constitutionally protected, but acts motivated by hate can be deemed illegal. It’s an extraordinarily complex if subtle distinction.

It’s not surprising that the political and religious leaders of Africa are near universally condemning this week’s European terrorism, but their societies are not expressing any such agreement at all.

Some of the most Muslim of Africa’s countries, including Morocco, Egypt, Mauritania and even Somali walked in lockstep with their condemnation of the terrorists but without, however, bringing up the subject of free speech. These and many more government statements seemed almost like they were all written by the same person.

But dig into social media and it’s a completely different situation:

Moreover, government policy as opposed to government statements in Africa is quite different. The same governments above – as with almost all African governments – have strict laws against free speech.

In Egypt a person can be detained indefinitely whenever suspected of terrorism, and in Egypt today terrorism is defined as simple as speaking the words, “Muslim Brotherhood.”

In countries like Morocco where authoritative pro-western regimes are balancing a growing populist-Muslim movement, free speech and assembly is often banned and insults of the King result in imprisonment.

In less authoritative regimes like Kenya and South Africa, current legislatures are grappling with new laws that seriously restrict the press and other forms of free speech.

So don’t believe the government statements. I believe that Africans of almost all persuasions view the terrorism this week in France and Belgium as an understandable outcome of excessive “free speech.” The question is whether the outcome is worth it.

Free speech in Africa is a powerful weapon and those in power are unanimously wary of it.

With the less stable (Somalia), less developed (Mauritania) or more contentious governments (Morocco and Egypt), inhibiting free speech is used against Islamic militants because that same interdiction is used against any criticism of the existing regime.

With more stable and progressive governments like Kenya and South Africa, where political criticism is vibrant, the debate over Charlie Hebdo is quite unsettled. Earlier this week I wrote about this.

My own view is that we need to value the “worth” of hateful criticism. In an educated and tolerant society this value can be truly understood as an important test of free speech.

But in less educated and tolerant societies the value flips and reflects not a freedom but the oppressive power of the subjugator. Thems fighting words.

So when we as westerners condemn curtailments of free speech elsewhere, without criticizing our own hate speech/crime laws, are we simply claiming to have achieved the perfect standard … universally?

That’s the cardinal mistake of the West: presuming not just that they know best, but that no one else anywhere knows better.

It’s just not true. It’s not possible, and if we can excise this egoism from the argument, I think we’ll begin to empathize with the movers and shakers in the developing world who have very few riches to be taken from them, but enormous amounts of dignity.