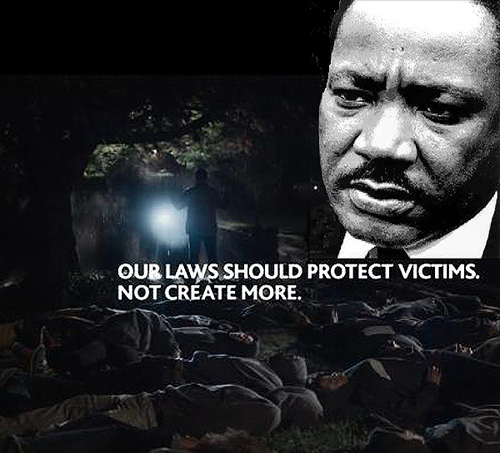 Today is one of the most important benchmarks in the American calendar, the Martin Luther King federal holiday.

Yet in America in recent years King’s dreams have retreated into the fog of self-righteousness. His detractors, America’s Right, has rolled back many of the voting freedoms he had fought for a half century ago, assisted by a conservative if vindictive Supreme Court.

King’s supporters were certainly re-energized this past year by a number of horrible police actions against innocent blacks. There have been massive demonstrations in Ferguson, Missouri and New York, where cops were absolved of culpability for people they had murdered by grand juries.

But there has been little follow-up, and legislative remedies seem nearly impossible with both houses of Congress firmly in the control of Republicans.

Dr. King is ascribed in history — like Ghandi – as a champion of non-violence. But what I most remember of King’s turbulent last days was unbelievable violence. My most vivid memory is as a very young journalist penned under a burning El Stop in downtown Chicago while the city raged in reaction to King’s assassination.

Those days ended in victory for my side. The Vietnam War came to an end. Civil Rights and Voting Rights leaped forward. There is much violence in America, today, but it seems to occur without a cause.

Gun violence in America is horrific, today. While the number of households with guns has been declining, the actual number of guns has been skyrocketing. There are now almost a quarter billion guns in private citizen hands and countless murders daily.

This is not what Dr. King had in mind. So today we celebrate his 86th birthday, wishing sorely that he were still here to explain.