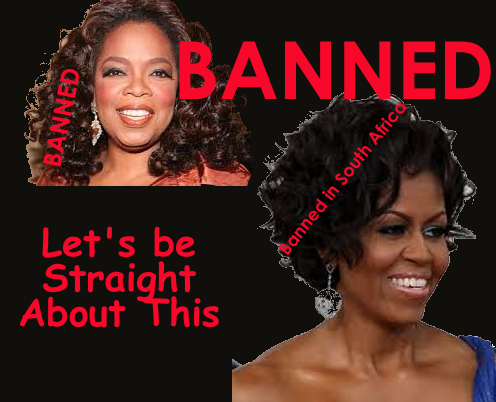 That takes the cake.

In France Muslim attire is banned. In many U.S. cities the color of a person’s skin “may well affect their experience with police.” In the World of Trump, which is the World of America Today, a slip means a stroke and a stutter means a dumbbell.

But the South African situation this morning is very enlightening. It might lead us to some understanding of what the hell is going on.

Under the new South African anti-apartheid constitution, the government must exercise great restraint in meddling in the policies of private schools. This is a private school.

The theory is that government schools are available for everyone where non-racist policies are strictly enforced.

But the flipside of the tolerance integral to the anti-apartheid ethos is that all freedoms must be championed, sometimes even the freedom to do something you personally might think is wrong. Not something illegal to be sure. The codification by legislation determines legality. But if no such legislation exists – as it doesn’t with regards to school children’s hairstyles – then government has to stand back.

As almost everywhere in the world, private schools in South Africa perform better than state schools. This conundrum is infuriating and academia is drowning in its own explanations. But that’s the way it is.

Also consistent worldwide, private schools are expensive, their teachers are often paid less and are hired with fewer traditional credentials, and they are overseen by self-appointed trustees. This isn’t just infuriating, it’s nuclear. But that’s the way it is.

Pretoria is the locus, the heart, the genesis of the South African Boer, the Afrikaans who was horribly mistreated and even widely tortured by the British but who was the first modern homesteader in this land.

The stubborn independence of these very religious mostly farming folk took a long time to organize into a successful political movement, but once it did in the mid 20th Century it took over the country lock, stock and barrel instituting the horrible ethos of apartheid.

It’s why I remain so awestruck by the Mandela transition and the current South African constitution. The Boers implemented apartheid because they had been so grievously oppressed by the British that they simply replaced their oppressors with themselves, then continued to oppress just as grievously everyone but the English (who ran the economy).

Including the freedom of a private school to insist girls straighten their hair.

There is a corollary with the French banning Muslim attire. In my view the French really are the champions worldwide of human rights. An easy literal definition of existentialism is that moral correctness is definable in all cases.

When ISIS creates professional videos intentionally associating burkas with the view that their opponents are satanic, and when leaders in that opposing society conclude that this message is effecting their society, then banning burkas in French society becomes logical. (This begs the question whether it works.)

If the school girls in Pretoria don’t want to straighten their hair, they can go to another school. More practically, they or their guardians should have anticipated this rule and their reactions to it.

In both cases, and the many similar cases worldwide, and from both sides of all cases, the single notion everyone agrees on is that appearances matter. Symbols are not just meaningful but determinative.

But symbols are symbols, and it’s society’s responsibility to handle them for the greater good. The avatar Kaepernick has every right to defy his national anthem, because it’s a symbol.

But when the symbol becomes policy, when burkas oversee summary executions, when the American flag is the backstop for a man who claims he will be excused from shooting someone in central park for no reason, then government should step in and define by legislation the limits of that symbol.