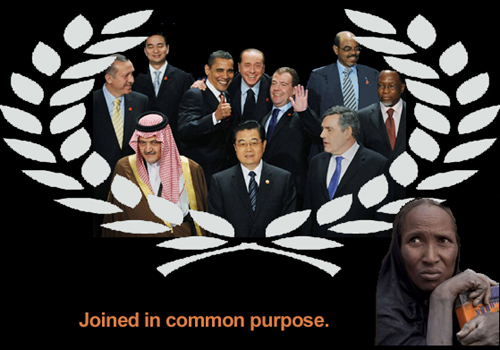 Acting as a true global, singular power, the UN has vowed military action if rebels holding most of Mali don’t surrender.

This is an astounding world development and I’m even more astounded about how little press it’s being given in the United States. America likes to portray the United Nations as a leftist thorn in its side and The Right in America sees it as a communist ploy.

But late Friday the Security Council acted unanimously at their Six thousandth, eight-hundred and forty-sixth meeting which lasted a deliberative 23 minutes. The conflicted communists of China, the gangsters of Russia, the existentialists of France and every one the 15 non-permanent members including the pitiful Pakistani and the angry Azerbs said “Go to war!”

And they all looked up from their down-turned heads at the American representative, Susan Rice, to ask for money for ammunition, which we will likely provide.

So exactly what has created the first global crusade since the Balkans?

Western moralists forever seeking validation of their soul are arguing that the cold-hearted Asians have been convinced to act because single mothers with bastard children in the African deserts are being stoned to death by the extreme Islamists.

True, but not the reason for consensus.

Eastern equivocators argue the west has finally given up its moral pandering for the practical possibility of stability by supporting the doesn’t-matter-they’re corrupt but effective leaders of what is left of a Mali government in Bamako which at best resembles a quiche not cooked long enough.

True, but neither is this the reason for world consensus.

And Azerbaijan argued that it will pave the way for a less strident Eurovision Song Contest.

That was uncertain, but neither is it the reason.

The reason such disparate polities have reached consensus to go to war against the rebels in Mali is because this is the first time in history that a globally organized power, originally stateless, is about to become stated.

Al-Qaeda has been in retreat for a while, and especially since the assassination of bin Laden and so many others of its leaders. But it is a pure ideological movement. It is the American Republican Congress at an even greater extreme: compromise is out of the question. It is the New Hampshire state motto with “free” replaced with “right” and right as defined by extremism so acute that first principals are reduced to three or four-word sentences.

There is no question that al-Qaeda will fight to the last man standing. In their convoluted retreat from Tora Bora they have left a world in disarray which in many regards resembles the Taliban world of the 1980s, turning back the global ideological moderation of the 1990s and putting everybody on edge.

They’ve been whipped in Afghanistan, blown out of Yemen, are being scrubbed out of Somali and recently slithered through the Central African jungles finally regrouping in the African desert. Their deft manipulation of several rebel (and mostly ethnically based) groups in northern Mali which has plagued the area for perhaps a century has been absolutely amazing.

Like what they might even now be trying to do in Syria, what is left of al-Qaeda fed on the experience of their organization of the basest of human inclinations – greed, racism, egocentrism – to knock down and take over Mali rebel groups that had been making trouble for generations but never really succeeding.

So now they control a piece of world real estate the size of France. Much of the world cared less for the last year, even as some of the world’s greatest treasures in Timbuktu were being bulldozed into desert sand.

Not enough sentiment was mustered against stoning girls for showing their lips, either, but then the Security Council member, Pakistan, knows all about that.

But as what is left of the colonial construction known as the government of Mali erodes with each desert breeze, al-Qaeda is poised to actually assume the right to a seat in a global auditorium right next to North Korea and Belarus. Were they to deign such publicity.

Thus, unanimity among the members. All hail the United Nations.

You get my sand drift? When a threat to the status quo of an existing state is demonstrated by an erstwhile stateless entity, it will be squashed out, regardless of that entity’s or its target’s ideologies. It matters not right or wrong.

Not incompetence or torture or lying and deceit or sucking the life out of the poor or machine gunning all protesters or mushroom clouds over melting ice caps. Just a simple little demonstration that a king can, in fact, be displaced by knaves.

What a wonderful calculus for change.