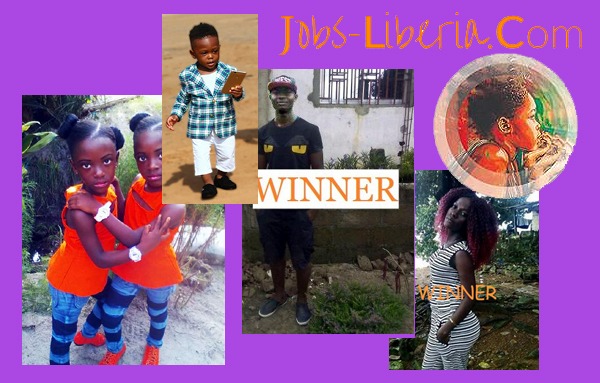 Is Facebook now a Faceless demagogue enforcing inconsistent morality on the world, or when it throttled Liberia’s most popular site was it reigning in web prostition and child trafikking?

Is it time that government of the people become the mediator rather than a board of billionaires?

JobsLiberia was Liberia’s most popular Facebook site before Facebook throttled it down. It’s operated by a not-for-profit seeded and mostly controlled by Liberians in Los Angeles.

Facebook’s morality algorithm identified the site as child trafficking that also promoted prostitution so reduced access to it right around the time Zuckerberg testified before Congress. Organizers cried foul.

While the site may have started as a marketplace for jobs its popularity developed because of its multiple photo contests. Currently these concentrate on younger children, although the original contests began and continue with sexy women.

Users submit their photos and the organizers choose winners for posting, awarding prizes around $3.

Arguing that Facebook has throttled the normal daily use of about 200,000 by nearly 90%, Dee said, “We have become desperate! There is no reason why our Page should be blocked.”

Dee said that the not-for-profit had just developed a low energy app for phones and had plans to expand to Bangladesh when the Facebook move began to kill their company.

Facebook has issued no statements regarding the site nor has it answered the accusation by the organizers that it has unfairly throttled use.

And obviously so. There is either a huge cultural schism here that Facebook is totally ignorant of or so little evidence beyond initial appearance – at least that’s been made known to us, the public – that there’s only two possible conclusions:

Either way the Facebook algorithm assumes global policing authority without having been given that authority by any government, of the people.

As a citizen of the country of which Facebook emanates and who has watched and lived in Africa most of my life I tend to think #1 is the case. Even before the #MeToo and all the running offshoot movements, prostitution and child trafficking was just if not more offensive to Africans than Americans.

As a citizen of the country of which Facebook emanates and who has watched and lived in Africa most of my life I think there’s even odds #1 is the case. Even before the #MeToo and all the running offshoot movements, prostitution and child trafficking was just if not more offensive to Africans than Americans.

Photography and being in photographs is a much newer phenomenon in Africa than in the west. “Sexy” photos grace almost every wedding book in Africa, and often of the mother-in-law as much as the bride.

Facebook’s concern that the site is prurient in my opinion reflects as much the suppressed libidos of Americans as it does any licentious Liberian. But that’s my opinion, and I don’t pretend to know for sure. Clearly Facebook doesn’t either. If it did, it would shut the site down, not just throttle it.

America is really tense right now. A giant like Facebook is trying to learn how not to step on the cracks in the sidewalk. The point is they won’t ever learn how. It’s antithetical to any capitalist business model, no matter how much margin that giant thinks he has in his portfolio.

This is a task for government. Facebook is making a lot of allegations but it lacks the skills and resources to prosecute the truth. Fortunately Europe is stepping up to this task. America has no chance of doing so before another few election cycles at the least.

Meanwhile Facebook’s AI algorithm cycles round the world rounding up the normal suspects with its own moral constructs.