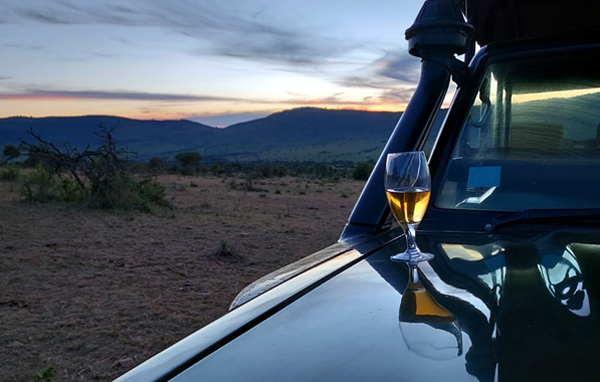 Steve Farrand and I have now completed four days in the northern Serengeti after a couple down at Manyara. Tomorrow we pick up five more intrepid travelers to continue my survey of post-pandemic Tanzania.

The troubled world goes well beyond Fox News. Vaccine is available in the most remote corners of Tanzania, but much of it’s sitting in fridges unused. One of Africa’s most prestigious safari companies, AndBeyond, admitted to me this week that most of their staffs remain unvaccinated.

“It’s a very slow process,” the manager of Klein’s Camp told me. How come, then, so many other companies are fully vaccinated?

It’s not a debate over whether Sinopharm – the Chinese vaccine which is so readily available here – is effective. WHO rates Sinopharm as almost 80% efficacious against preventing hospitalization and the latest Peru study suggests it may be one of the better vaccines against the vicious Lambda variant.

Dr. Frank Artress of the FAME Medical Clinic in Karatu assured me that the vaccine is living up to WHO’s rating. Prior to its widespread use in his rural area of Tanzania all three of his available wards were filled with Covid patients. When I spoke with him last week he proudly told me there was only one Covid patient in his hospital.

He’s quick to point out, however, that this anecdotal report is not a scientific study. He says that infection rates throughout northern Tanzania are declining, “and I don’t know why.”

Clearly, though, vaccines including Sinopharm contribute to the decline, and the resistance to its use was identical to the resistance shown first in July to the million Johnson & Johnson vaccines that the U.S. government donated to Tanzania.

The country immediately prioritized the J&J use for essential government workers, health care workers and those in the tourism industry, because it is so important to the life of northern Tanzania.

The President of the Country, Mama Samia, publicly promotes vaccines and media reported her getting her shots. Her government supports unequivocally the mandates that so many tourism companies place on their staff to become vaccinated.

So why does a company like AndBeyond fail in this endeavor?

The answer is a touchy one and I was reluctant to embrace it, but my continuing conversations with staff and management at a number of Tanzanian tourism companies has convinced me it’s true.

AndBeyond develops upmarket properties in very rural locations and actively seeks staff from these very underprivileged communities. Its training program is a gold standard and its visible staff are always among the best I encounter. I have serious concerns about their pervasive use of white mostly South African managers as a confirmation of the racism institutionalized in the luxury travel business, but there’s never been any question in my mind about their remarkable successes in taking a kid from the deepest bush and helping her become a sophisticated travel professional.

This is not the modus operandi of the vast majority of good safari companies in Tanzania. In fact it’s almost the reverse. There are numerous relatively expensive colleges of tourism throughout the country that attract mostly the best, brightest and richest from the urban areas.

I spoke with several AndBeyond staff in the last few days and one remarkable rags-to-riches safari company owner in Karatu who all told me that they would be happy to get vaccinated, but that their wives and families back home are so terrified at the prospect that doing so would divide their family.

I’m afraid I have no way of verifying this nor do I feel comfortable assessing the veracity of these conversations. But telling are the specific reasons then given for the “terror of being vaccinated.”

Infertility, magnetism and spontaneous electrification among others even more nonsensical. According to one source in Nairobi’s Kibera slum, the prevalent hesitancy is the belief that the white man has begun a global genocide against all other races.

Where does this nonsense come from?

Much of Africa lacks the time, personal technology and skills to participate in viral campaigns a la Fox News, Twitter or YouTube and the like. Unlike at home, it really doesn’t seem like there’s a Tucker Carlson urging his cult to kill themselves.

But everyone is on Facebook. The social media platform with its more than 50 obscure African languages is ubiquitous. Certainly Carlson’s viral lying motivates or gets into this complex chain of doom, but all it seems to take is a single post reminiscent of the 16th century’s Kabaka chief wife accusing the second wive of thievery followed instantly by execution.

The power of Facebook in Africa is scary. Not that I don’t think it’s scary at home, but there seems to be no filter in Luo or censor in Maasai that’s slowing down the heart-breaking obstacles to freely vaccinating Africans from Covid.

Who will, or even can, do something about this?