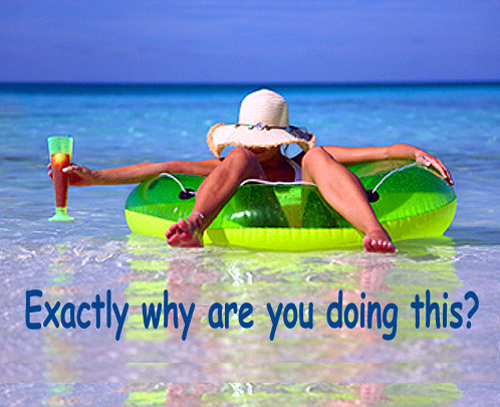 As more details emerge from Friday’s deadly terrorist attack in Nairobi, Kenyans are condemning western media for suggesting a holiday in Kenya isn’t safe. Do they have a point?

Two of Kenya’s leading tourism executives blamed western media for scandalizing the situation and argued that tourists on a Kenyan holiday are no more endangered by terrorism than tourists visiting Big Ben.

Before we get into this, let’s review what happened Friday:

Ten people were killed and at least 70 injured by two simultaneous explosions in an open-air market in mid-afternoon in Nairobi.

The first IED exploded around 230p at the periphery of what is called Africa’s largest second-hand clothing market. A few minutes later, a small bus filled with passengers exploded on a street adjacent the market.

The market is located about half-way between the troubled Eastleigh community of northeast Nairobi where so many Somalis live and the Nairobi city center.

Two days previously the British and American governments issued travel warnings urging their citizens to leave the Kenyan coast. Nairobi is about 220 miles inland from the coast.

The British secret service, the SAS, may have tipped off both British and Kenyan authorities that something was going to happen.

“Terror attack chatter” was intercepted by the SAS, according to the report in London’s Sunday Star.

The stern travel warnings that ensued prompted Europe’s mega travel company, TUI, to evacuate its British citizens booked through its subsidiaries, Thomson Holidays and First Choice Holidays, and to cancel its regular charter flights from Europe to the coast through October.

A third large European company, Kuoni, while not evacuating tourists canceled all further holidays on the Kenyan coast through October.

I explained in my blog Friday how the unique aspect of British travel insurance forced TUI into the decision. (Kuoni’s decision was for other reasons.) Hundreds of other European holiday makers booked through other companies were not evacuated and remain on the coast, today.

More than half the tourists who visit East Africa never see an animal. They come for the beautiful coast, and the coast of Kenya is as popular to Europeans for a holiday as the Caribbean is to Americans.

But the coast is heavily Muslim and has been so since the earliest histories. Kenya’s occupation of Somali unleashed the retribution which averages three terrorist attacks monthly, although the vast majority of these have been on or near the Somali border.

But the minority of other attacks have been on the coast, several quite near tourist centers.

In the last year a terrorist attack about once every two months has hit the Nairobi Somali expatriate community as well.

“Terrorism is a global threat and not unique to Kenya, with similar risks evident in Britain,” Jake Grieves-Cook, former head of the Kenyan association of tourist organizations, told the press Saturday.

He went on to detail that “the latest British MI5 and MI6 assessment of the terrorist threat within mainland Britain itself is now rated as ‘substantial’,” implying that a traveler in Britain was under as great a threat as in Kenya.

“This was not an evacuation as reported in the press,” Stefano Cheli, founder and owner of one of Kenya’s most successful upmarket tour companies said today. In a broadcast email to western travel companies, Cheli criticized the western media for suggesting the tourist repatriation was a British government operation rather than a TUI business decision.

Grieves-Cook, by the way, spent a long time in his statement explaining the exceptional good, particularly with regards to the near ending of Indian Ocean piracy, that the Kenyan military occupation of Somali has achieved.

He was almost but not actually saying that tourists owed Kenya an unusual latitude of security for what Kenya had secured for the world.

Vacations fall into a great variety of different categories. Probably the largest one is “R&R,” a reward for successful hard work. As such, the holiday maker wants as hassle free down time as possible. I think most beachcombers fall into this category.

A safari is a little bit different. I don’t think anyone planning a safari thinks it’s going to be relaxing. Exciting is the predominant theme. In fact, a touch of danger is often presumed, the titillation that is often a part of the motivation for booking. Like a sports holiday, there’s a definite aspect of challenge.

But you train carefully for a specific sport, and you believe – whether it’s true or not – that if you follow the rules the lion won’t eat you.

Terrorism is so successful because it’s just that: surprised fear. Holiday-makers don’t train to evacuate. There are no rules for dodging the bomb.

What’s left, though, is Grieves-Cook argument that Britain is as dangerous as Kenya, and the facts might bear him out.

Tourists killed in Britain’s scores of terrorist incidents, or in 9/11, are likely substantially higher than all the tourists ever killed in Kenya. So why not just trust the Kenyans to keep you as safe as the British?

Aha, that’s the answer and it’s not good for Kenya. Trust.

America and Britain have certainly had their share of terrorist acts, but Americans and Britains believe strongly that their governments have protected them against many, many more.

Why should a tourist trust Kenya when Kenya is unable to protect its own Eastleigh (Nairobi) citizens from a serious attack every two months? Facts aside, westerners are much more likely to trust the British or Americans to keep them safe than Kenyans.

It might not be fair. It might not even be rational. But it is the perception which matters.