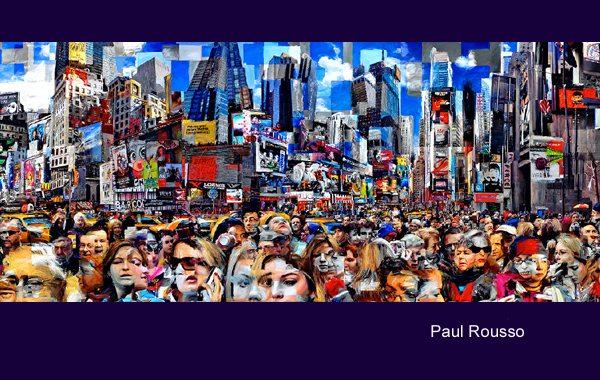 It’s pointless and misleading to choose the “top stories” for Africa for the last year, much less the last decade.

Although I’ve done just this for the last 15 years, now nearly every moment is too consequential to parse into importance with any meaning.

So the only top story of the last decade, as true in Nairobi as Peoria, is the rise of media. As if bullet trains replaced horse drawn carriages in a few hours, information spread across the world faster than it could be used.

This led to hopeful situations in Ethiopia and the Sudan, where social media powered mostly nonviolent revolutions that deposed dictators followed by promising signs of democratic freedoms.

But it was mostly otherwise. Bots that so influenced the American election promoted untrue and often unreal events, fueling humanity’s crassest inclinations. Racism is on a dangerous rise in South Africa, Egypt and elsewhere.

Masterfully playing with the media when it supported their democratic revolution in Ethiopia, authorities then learned quickly how to turn off the internet if things weren’t going their way. Turning off the internet has become a skill in Zimbabwe, Zambia, the C.A.R. and Cameroon where it seems a new dark era of African governance by decree is ossifying.

Truth has been murdered. The scientific method has been chopped up by faith or trust in media that usually reenforces diabolical dispositions. No efforts remain of due diligence.

Like in the United States most African economies teeter on collapse floating soaring stock markets and consumer spending on the highest foam of deficit spending ever recorded outside global war times.

Everyone’s on edge. Everyone tunes into media knowing it depresses them but for cheap, quick explanations of their ennui and desperate beliefs they can mine the answer to winning the lottery or retrieving their love life.

While all the while the sides of their screen pull them into nonexistent stores and drug them with fantasies.

Gone is individual responsibility. If any of us feels guilt, media soothes us by horrifically blame shifting onto the least prepared to react: the poor and underprivileged, the refugee and the sick.

I don’t think anyone saw this coming. The decade began so hopefully – perhaps too hopefully so that the media capitalized on the enthusiasm. Soon the world’s melange was separating like oil and water into a thousand different tiers. The ‘other’ was formed and hate was stoked in the I-told-you-so that it “couldn’t be true.”

I think all of this happened because the most reactive part of humanity is fear, and the second most reactive part is self-preservation. Wherever you are, whatever you’re doing, is right if you’re in control; wrong if someone else is controlling you. And the world’s simmering dissatisfactions with widespread unfairness in economies and politics mean that most people don’t feel in control.

So the “other” arose as evil incarnate.

Such a dynamic is not kind to truth or morality. It happens too fast. A tweet becomes viral becomes a trend and the untruth morphs into truth in an instant. Truth and morality are not quantum particles with hardly a half-life, yet that’s what it seems both have become.

There are no top stories for 2019 or even the decade because there is no top. It’s no longer defined and completely impermanent, anyway.

Like a photo flash of war, or refugees fleeing, or hurricanes destroying the details are milled around the world a thousand times before you even begin to remember them, twisted and inverted, praised and denounced all at the same time until they aren’t what they ever were.

Without the tools to sieve through this maelstrom, many now simply make up a story.

Better to step out of the whirlwind than become a part of it.