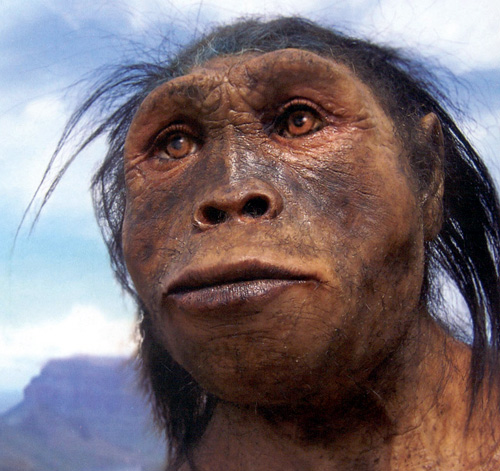 In less than a week I take my group to the Cradle of Humankind, and it’s appropriate that yesterday a milestone discovery was announced.

In what has certainly become the paradise for human fossil hunters, Afar in Ethiopia, a Univ. Of Arizona grad student found a mandible with teeth of a creature most scientists’ first looks suggest was our oldest direct ancestor.

This homo habilis is dated to 2.8 million years old, 400,000 years older than the next oldest find so far of this species.

While it will be a while before a scientific consensus can be achieved, the way I’m reading the first reports generated from the Nature publication, I think there’s a lot of loud clapping and back slapping.

The older ones are universally considered pre-hominid and most have been classified as Australopithecus. The younger ones begin with homo habilis and branched into at least one other species, homo erectus, before us – homo sapiens. This is the simple view, anyway. A good number of scientists would divide the fossil record into seven or eight additional species.

But in all cases, whether there were only two early man species, or eight, homo habilis was the oldest, so the first. This find that extends habilis into the million-year gap of which so little is known gives tenure to the notion it really was the first homo.

Not coincidentally, some scientists are now considering the possibility of rapid climate change in this period as the actual reason for the speciation of homo. Homo survived, Australopithecus and who knows what else, didn’t.

I find it somewhat confusing that a number of scientists are using this find to suggest that homo habilis evolved from Australopithecus. Seems to me that’s a stretch, and that it may be just as likely that Australopithecus and habilis both evolved from something else, or even more likely, had several evolution iterations (species creations) before sharing a common ancestor.

But the fossil record of the Australopithecine is rich and varied, with little among any of the finds to suggest a different species. If it were not the evolutionary root of habilis, and habilis or its ancestors also lived then, why have so many Australopithecine been found and so few habilis?

Perhaps more light will be shed on this when a competing scientific report on this same find is published in Science next week.