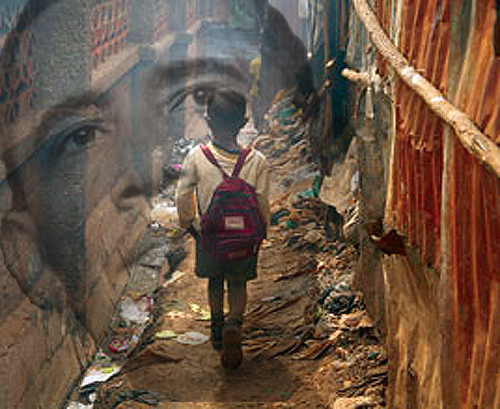 I always got home in time for Walter Cronkite at 6 p.m. Walter had just started with the “March on Washington” when my local Memphis affiliate cut out of the newscast to run a car dealership ad three times in a row before shifting early to local weather!

Nothing was carried about the speech in the Jonesboro Sun which I read religiously.

It was almost a month later in the local library that I found a copy of the New York Times. When I asked Mr. Bell, the school vice-principal but more importantly, History and Civics class teacher about the speech and march, he replied curtly, “I know nothing about it.”

“Who is Martin Luther King?”

Mr. Bell hesitated then looked at me sternly, “A communist!”

Five years later in early April I had ditched classes at the University of Michigan to file stories for the “College Press Service” out of Washington, D.C. My assignment on April 3, 1968 was to cover the riots in Chicago that followed King’s assassination.

It wasn’t easy. Chicago was burning. My most terrified moment was standing under the “L” at Randolph & Wells where the elevated makes its sharp turn. A fiery piece of something – wood from the railings probably – dropped with a thunderbolt onto the street corner hardly 7-8 feet away from me.

It was an unusually warm night. The area was in something of a pre-drought and the city blew up like a tinderbox. People were running everywhere. There were sirens and either gun shots and/or fiery crashes. The student leader protestors I had arranged to meet under the “L” obviously weren’t coming.

That’s when I started “my dream.”

I stood helplessly by as my photographer was mercilessly beaten by Madison cops. I got trampled in tear gas in Washington. My apartment window in Berkeley was shattered into the small kitchen by a fire hose stream trying to stop a march on the street.

But my dream grew. It grew because the people who were being hurt and beaten were actually the gentle ones, whose dreams were much greater than mine. And you know what? The Vietnam War stopped.

Now a half century later my dreams are having a hard time, again.

Nobody will talk calmly. All we do is shout that the other one is a liar. The animus is debilitating. We were warned of global crises like pandemics for years. Thousands of us have been warning about a Trump Reckoning for years. We’ve been warning of increased racial violence and increased child poverty and increased education and income inequality … and the stock market soars.

Why do you think the stock market soars above such misery?

Privilege is anything but moral.

We all know by now that Dr. King’s life was no Jesus-model. Yet no other man in history created so much hope. I know I was young when I started to dream, but few really good things happen without first hoping that they will. The struggle is converting the dream to action and that might be easier for the younger than the older. But dreaming is the same for everybody.

Manchin and Sinema are nightmares, not dreams. Forget about them. MLK’s dream will show us another path, another way so that just two people can’t impair the voting of 200 million good American souls. Manchin and Sinema will be remembered like Zuma and Ruto, wannabee African dictators that today live in countries that are actually freer than ours. Kenya needs to send a mission to watch our next elections, just like we’ve always sent one to watch theirs.

It will take time, precious to an old man, but Manchin and Sinema will be consigned to dark footnotes and someone younger and better will replace them not just in history but in my lifetime.