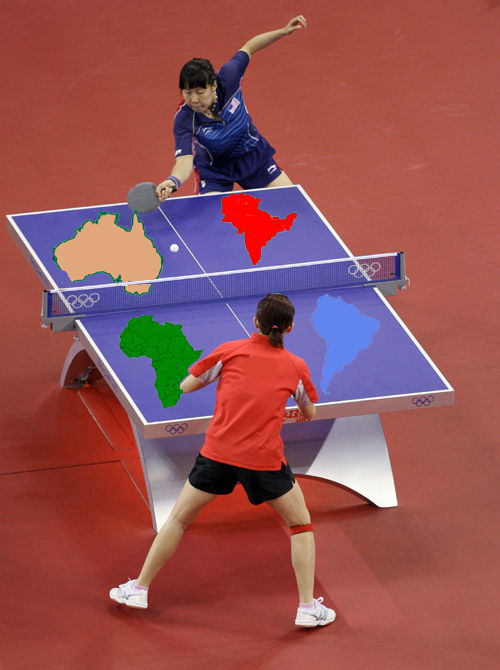 Americans increased their travel to all parts of the world for the first few months of this year, except to Africa. Africa stood out like a sore thumb, declining about 5%. Why, and what does the future now look like?

Two months of a statistic does not a trend make, but what is critical is that Africa was the only sector to decline. Even volatile areas like the Middle East increased (19%).

Travel is a fickle thing, and a leading indicator of the economy. 2009 was a robust travel year by statistical analysis, but that was because 2008 was so dismal. 2010 was what we call a correction year, but that was rudely uncorrected by increasing instability of Europe. So these statistics are hard to analyze.

Since most travelers to Africa from the U.S. come through Europe, Europe’s situation constantly effects African travel from North America. This year saw an increase in European instability. I believe Africa would be in the black if it weren’t for Europe.

But not by much, and certainly not as high as the 19% increase to the Middle East or the winner, Central America, with nearly a 25% increase. My conclusion is that Africa is definitely under performing most world tourism sectors after all outside considerations (like Europe’s economic health) are factored out.

Africa has had some bad press this past year, particularly from East Africa with widely reported droughts and wars, an unsettled Sudan, and intense civil turbulence in Uganda. Some of this is set to turn around if the March election in Kenya goes off quietly, and if Somalia continues to improve.

And because we aren’t looking at a huge fluctuation I think at least some of the decline in African tourism can be explained by what I call the ping-pong effect. In volatile economic times we tend to see a back-and-forth, year-to-year, in travel statistics. If Year 1 is better, Year 2 tends to be worse, and so forth.

Moreover, American travel is trendy, particularly to exotic destinations like Africa. So if 2011 relative to 2010 is better for Indonesia, it will likely be worse for Greenland. Because Africa was the lone winner (excluding the MidEast) in 2011, it may be the lone loser in 2012. Does this mean it will bounce back for 2013?

(The Middle East’s linear progression over the last decade bucks this analysis and is specifically linked to the rapid growth in MidEast airlines like Qatar Airlines and Emirates Air, and to the rapid development of their main cities. Excising the MidEast from long-range statistical analysis, and the ping-pong effect holds true.)

IF (and it’s a big IF) there are no disruptive events like Kenya’s scheduled March election and South Africa’s rumbling strikes, and provided the aftermaths of the Arab springs continue on relatively positive directions, African tourism should improve in 2013.

So keeping in mind those big IF’s, I project the following growth in American tourists to these African sectors for 2013 relative to 2012:

This is tricky stuff, folks. Weather, politics, European economies and even the outbreak of whooping cough in Washington State can effect the fickle flights of U.S. travelers. But we all need a baseline, and above is mine.