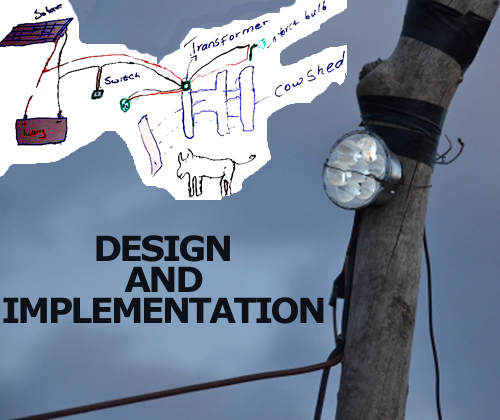 A 13-year old Maasai boy (genius) who rigged up an electric light device that seems to successfully protect his boma from lions is no longer herding his family’s cows. He’s got a scholarship to one of Kenya’s best private schools!

Richard Turere like all young teen Maasai boys was principally responsible for taking care of the family stock. Fortunately, he found time to go to a local school as well, and the little time he had uncorked his genius.

He put what he learned about electricity and lighting to work for himself! Lions are becoming an increasing bother throughout Kenya, as their habitat dwindles, as agriculture explodes and as prey diminishes. They are more and more often preying on cattle and goats.

The traditional Maasai response is to kill the lion, and in fact that’s happening quite a lot. I’ve written about the horrible poisons that are sometimes used in bait traps, and simple gang spearing is turning into something of a national sport.

In Richard’s own area near Nairobi national park, cattlemen had lost 18 cows, 85 sheep and goats and 14 donkeys since November. Their response was to kill three lion in a single week.

Richard didn’t like that idea, because school had also taught him the importance of wildlife to Kenya’s economy. So he rigged up a series of lights around the kraal in which the stock spent the night, which flashed intermittently and were powered by the same solar panel that ran the family’s TV.

Guess what? No lion! Even while neighbors were still being bothered.

Richard began his experiments when he was 11. He told teachers that he noticed that the lions never struck when people were walking about, including at night with flashlights. Lion won’t come near stock when people are active, so Richard concluded that he could fool the lion into thinking people were around his stockade all night long!

He wired four then five sets of flashlight bulbs around the stockade and connected them to a switching box powered by an old car battery charged by the same solar panel that runs the family’s TV.

The result was a random flashing of lights throughout the night. It seems Richard was right: the appearance is one of people being awake in the area. And while six neighboring farms were attacked by lion in the last several years, the Turere farm was spared!

Richard’s successful and very practical science project got immediate attention country-wide. When the National Geographic Big Cats Initiative found out about it from Wildlife Direct in Kenya, Richard became an instant celebrity. And his genius was doubly rewarded. Not only did he save his family’s lions, but enough patrons came together to send him to one of Kenya’s finest private secondary schools.

The plight of wildlife in rapidly urbanizing Africa looks dim at best to me. But with enough Richards lighting up the darkness, who knows? 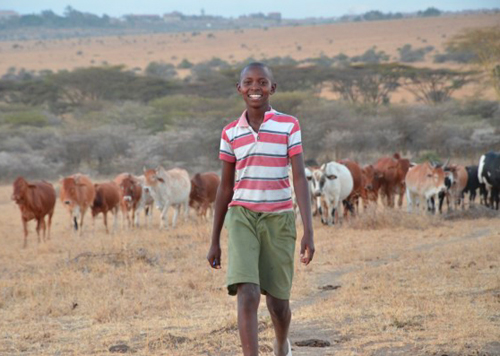