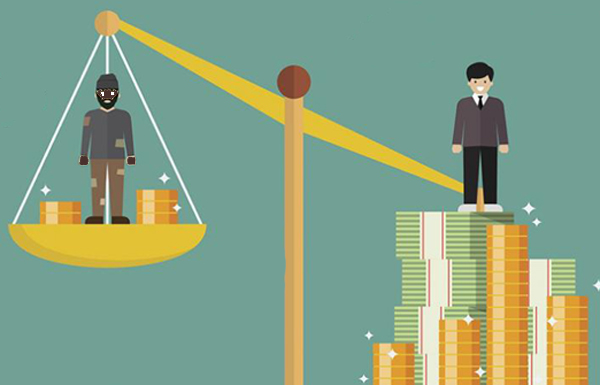 Last week East African countries were scolded by the IMF and World Bank for their high debt.

The EAC Monetary Protocol signed by the nine African countries in 2013 restricted them from exceeding a 50% debt-to-GDP ratio. All but Uganda and Tanzania have breached that, and those two countries aren’t far behind.

I’m not an economist but I know that debt itself is not the bugaboo many ultra-conservatives believe. Debt is necessary to healthy growth. But to the point of how much debt is necessary, good or bad, I’ve no idea, and I expect professional economists will differ widely on the answer.

What bothers me is that global institutions like the IMF and World Bank, essentially controlled by the world’s richest countries, feel compelled to slap the wrists of African countries for economic faults embraced by the rich countries themselves.

East African countries – like all emerging nations worldwide – are trying their darndest to develop and join the world economy. The gap, though, keeps widening.

Might that be because the “tricks of the trade” are being reserved for the richest of the rich so that they can stay that way?

I think that’s it. I’m not suggesting that the executive financial officers of the world’s richest countries collude to keep the poorest countries poor. It’s more insidious than that. It’s a structural problem, probably in capitalism itself.

The eminent economist, Noam Chomsky, recently offered a novel explanation for this.

No hiding the fact Chomsky is a radical leftist. But his writings and interviews in the last few years are honing in on income inequality, both within certain countries and globally among countries.

What he clearly shows is that the rich are protected by socialist policies, and that these same policies impose capitalism on the poor.

The best example is the bailout in the U.S. in the 2008 recession. Banks, car companies and even smaller companies all kept afloat by taxpayers’ dollars: socialism. A huge American tax cut that didn’t benefit the middle class down an iota, but ultimately will be paid by them.

In a global context, the smaller a society becomes, like Greece for instance, the more its paymasters impose austerity.

Regardless of the veracity of this theory it remains fundamentally unfair and classically irrational that the big rich countries impede the East African countries from assuming less of a debt to develop than the rich countries have acquired themselves.

Greed? Xenophobia? Or intrinsic to capitalism?