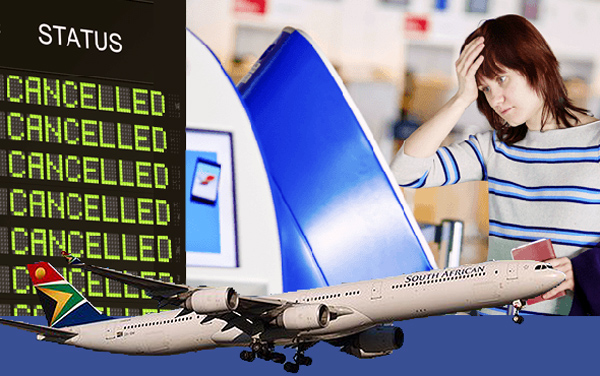 All South African Airways flights for the next two days have been cancelled. A two-day strike which is unlikely to be resolved could continue indefinitely.

In today’s big, interconnected world, only big carriers make good business sense. That’s why South African Airways is about to implode and fail.

Airlines are a tricky business. In good times they roll in cash. In bad times they reach debt-to-operating ratios unthinkable in other businesses, and all the time they have to manage their biggest cost, fuel, which is often the most volatile commodity on earth.

A number of unions are striking SAA and the details are complex involving, of course, pay. But none of the issues or any collection of them addresses the fundamental problem: the airline is too small. Too little to weather the ups and downs of the international industry.

African airlines are a proud symbol and I’m happy to say that the service in the air that they provide is exceptional. In fact, I think that two of Africa’s three main airlines, South African Airlines and Kenya Airways, provide a cabin service superior to United Airlines in both economy and business.

These national airlines are private businesses, but they are the faces of the countries that are their home bases. They are the most effective representatives of those countries to tens of thousands of foreigners with the resources to invest and explore Africa. So the airline is worth subsidizing, and that’s the problem.

SAA has a current debt approaching $1½ billion with a current annual operating loss approaching $400 million. Relative to their respective economies, it is similar with Kenya Airways.

South Africa and Kenya therefore subsidize their airline despite growing opposition by local legislators pointing to the growing percentage of the national budget required.

The only one of Africa’s three major airlines which is profitable over time is Ethiopian Airlines, the largest of the three. It’s something of a stepchild of an old American Airline, TWA. Its hub in Addis Ababa is the most important hub in Africa, simply by the fact that it serves so many African cities.

ET’s profitability is a combination of savvy marketing, genius operations particularly with regards to their route structure and the fact that they manage costs like employee pay below either Kenya Airways or South African Airways.

ET is also profitable because it isn’t as good as either SAA or Kenya Airways. Ticket price drives the company’s policies and since Ethiopia has until just the last few years been a country in constant turmoil, being the “face” of the country was a lower priority.

I believe that SAA could have rivaled ET and was on track to do so in the 1990s when corrupt white management fearing the end of apartheid began to feather their beds at the expense of the airline.

With the end of apartheid the new management appointed lacked the experience to create a long-term product which could weather the ups and downs of this volatile industry.

United Airlines recently announced it would begin flying nonstop from New York to Cape Town, something that South African Airlines should have done a decade ago. Delta’s route to South Africa is turning profitable while SAA’s sinks further. If strikes don’t do in the airline, many other factors will.

The only possibile save, now, is that a bigger international airline will buy SAA, but with its balance sheet that would be a hard nut to crack. And with its staggering debt, the likelihood that the South African government would clear the balance sheet is virtually nil.

Don’t book SA. (Note carefully that South African Airlink and other local derivatives as well as their competitors like Comair and Mango are all much more healthy and not threatened by the current situation.)