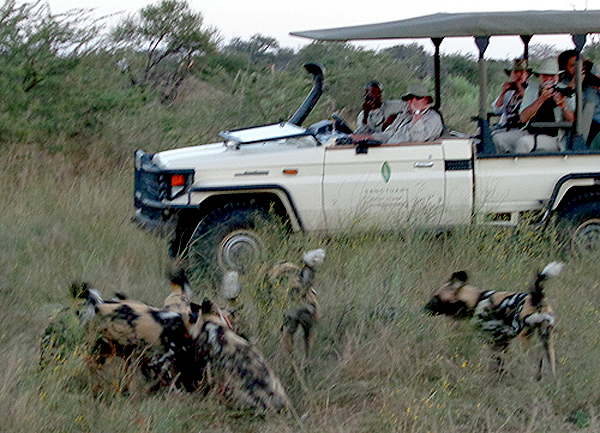 After a decade of successful recovery by a worldwide effort to save wild dogs they are threatened once again.

Enough habitats have been secured and enough bred in the wild and reintroduced that except for one obstruction, they would currently be thriving. That one obstruction is human: farmers whose stock has been taken down.

Wild dogs were suffering an inexplicable decline for nearly a quarter century, except in the isolated wildernesses of Botswana. Botswana is one of the least human populated regions of the continent, and that was the clue.

It wasn’t at the time that people were hunting wild dog, they weren’t the culprit. Rather the culprit was the people’s pets, the house dog. A tamed dog is hardly capable of matching the master killing of a wild dog, so it wasn’t a “fight.” Rather, it was the bevy of animal diseases that domestic dogs were transmitting to wild dogs.

Having none of the immunities that a human pet has achieved over the millennia, wild dog started to die out like flies. It no longer mattered that a pack of them could bring down a giraffe. The entire population couldn’t beat distemper.

Led by a consortium of American zoos, a long-term program began more than a decade ago to freely inoculate all the Maasai dogs in the villages that surround Africa’s great game parks. There was a lot of effort to this – it wasn’t too long ago that needles and medicine were first shown to people, and now animals!

But it was very cost effective and it worked almost miraculously. Simultaneously, breeding programs of captive dogs was enormously successful, too. Put the two together, and well, success was certain.

The reintroduction of wild dogs throughout East Africa’s parks began about two years ago. Last year 17 were released into the Serengeti in an area that scientists had determined was in dire need of predators.

It’s easy for us to say in hindsight how short-sighted all of this was, but I can understand the excitement at the time. There’s nothing quite like a wild dog. Its predator abilities rival any other, perhaps exceed them, but they function only as a team. It’s the reason I’ve regularly seen families of 15-20 individuals and enjoyed hours of watching their elaborate socializing.

At the same time the amount of protein required to keep them functioning is a fraction of that for other predators like lion. So a long view recognizing the dramatic effects of climate change would argue that unusual predators like this one should be saved at all costs.

But even as wild dogs were being reintroduced, lions began a precipitous decline caused in large part by human poisoning. I can’t understand now how scientists and officials didn’t anticipate this.

On September 16 virtually all the new wild dogs released into the Serengeti were poisoned.

I have expressed great sympathy for any animal obstruction to human development in Africa: Elephants destroying fields and threatening schools, lazy lions taking down dumb cows … and I also believe very deeply in the imperative to sustain the greatest biodiversity we can.

Moreover, there are social paths that mend the differences between the two. In developed societies like America the remedies available to farmers for wolf killings, together with the relatively minor impact the wolves have on those ranchers financially, make shooting wolves in my book immoral.

Everyone should have seen this coming, and the conclusion is rather depressing. Until Maasai are compensated satisfactorily in their own estimations for the impact wild dogs have on their herds, wild dogs won’t survive.

And that’s no easy task. There’s no crowdfunding that could sustain a generations’ long effort that would somehow lead Maasai development away from lazy cows and goats. And there’s no biological meddling yet capable of altering a predator’s life.

I’m not sure a solution exists. But if it does, it begins with these understandings.