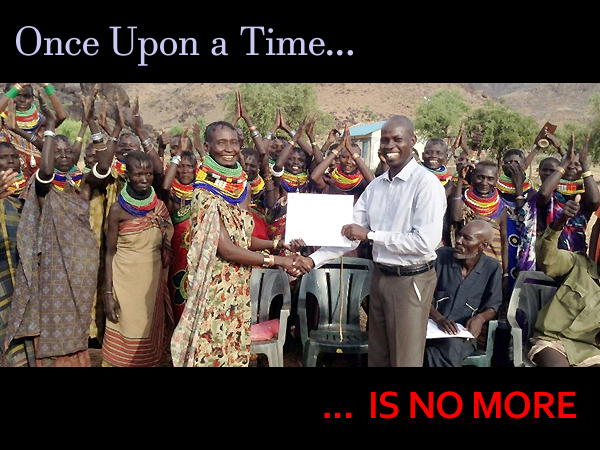 A Kenyan diplomat told Foreign Policy this week that Trump’s budget “will leave a big hole in terms of the aid people are getting.” The magazine summed it up in their headline, “Trump’s America First Puts Africa Last.”

Republican Senator Lindsay Graham said Trump’s skinny budget is “dead on arrival.” But each day this week we’re learning more of the details of that skinny budget, and each detail is more devastating than the last.

According to a scathing article in the New Yorker yesterday, the Trump hatchet will take out the following so important programs and projects in Africa:

At the same time these critical African assistance programs will be ended or slashed, Trump intends to change the rules of engagement for fighting al-Shabaab in Somalia, which is likely to lead to more drone strikes and possibly even American soldiers on the ground.

This is a recipe for destroying all the African alliances built up so well over the years and basically turning them over lock, stock and barrel to the Chinese.

ADF is one of the most successful, conservative aid programs ever devised. Rather than simple aid or outright grants, ADF invests in small entrepreneurs throughout Africa. Among the more successful of its projects has been micro-investing in womens’ cooperatives, investing in local Zambian companies promoting solar panels, and efforts to inhibit people trafficking.

The hunt for Kony is far more than a fugitive chase. Kony is the former head of the Lord’s Resistance Army (LRA) and he escaped capture more than 5 years ago. It’s quite possible he’s dead. But the “hunt” includes enormous support for the rural villages in Uganda, Sudan and the Central African Republic that fear Kony is hiding around the next tree.

Kony’s terrorism success was based mostly in the kidnaping of young children, who through subsequent addition to drugs became his child soldiers. It’s a terrifying prospect for a parent, leaves very difficult wounds to heal and manages to linger long after the actual threat is gone.

American aid has helped with counseling and redevelopment in these rural areas, an absolutely essential ingredient for defeating the prospects of a future Kony.

PEPFAR was started by George Bush and has provided billions in direct aid for preventing, fighting and treating AIDS. The scourge of that disease could have ended in a terribly epic way, but the global effort to assist Africa worked. AIDS is not the most serious disease in Africa any longer, that’s malaria and tuberculosis. But as we all know, AIDS is not a curable disease. Ending assistance now starts the fires all over, again.

There are valid concerns that have been expressed regarding foreign assistance by responsible U.S. legislators and academics ever since foreign assistance began. And over that century-and-a-half we’ve learned a lot. Very little U.S. aid is squandered, anymore.

Aid properly and adequately supplied inhibits conflict. It unmasks the messages of terrorists and diminishes their influence. And the obverse, When Americans embrace or begin conflict, has its own logic for aid: It’s not possible to simply fight a war or kill a terrorist and then walk away. The social and political upheavals of such violence require a lot of diplomatic cleanup.

Yet the meanest if not outright malevolent intention in the skinny budget is the suggestion that AGOA, the African trade pact, will be terminated.

AGOA is a free trade deal which Trump doesn’t like. But unlike the grand deals over the Pacific or with Europe and Mexico, it’s pittance. But the nascent industries in Kenya and Zambia and Rwanda depend upon it. They won’t just be crippled, they’ll be killed if AGOA is ended.

There’s no savings to ending AGOA, as could be argued for ending various forms of aid. It’s simply the arrogant notion that “American First” is unqualified: In this case, it would be all-exterminating.