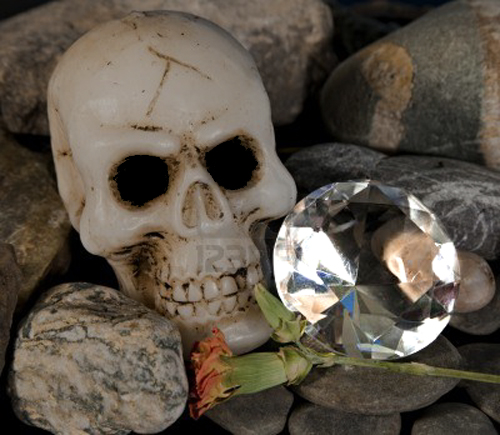 Botswana has had a remarkably long streak of luck; and lions don’t have enough lives. With less than a generation left of certain revenue, there is concern the stately country could fall into the dustbin of failed states.

Right now Botswana is the richest country in Africa. With a GDP per capita around $15,000, it ranks 65 in the World Bank’s country list of 180.

Eighty percent of this is from diamonds.

In colonial times the country wasn’t wanted by anyone. It was of early renown because Livingstone’s earliest journeys went through what is today Botswana, and it became the normal 19th century route to Victoria Falls from South Africa.

But virtually the entire northern half of the country, which is roughly the size of France, is good for nothing but wild animals. This is the Kalahari Desert in various forms, including the magnificent Okavango Delta (which is the Kalahari in flood).

This isn’t a sand desert like the neighboring, great Namib, but it is related. And it means that under a veneer of pleasant-looking bush can be 3-4 meters of sand in the form nearly of dust.

An apple tree would fall down. A house would blow away. A railway would have to be a very deep subway.

The south half of the country loses some of the dust earth and becomes more of a Mojave-like desert. Around World War II significant coal deposits discovered in neighboring Rhodesia spilled over a tiny bit into eastern south Botswana.

And between the great wars, Boer farmers developed wide tracts of land in southern and western Botswana for cattle farming.

But even today, when other mining and agriculture is being developed with all the desperation of a country that sees its horizon, those other-than-diamond industries pale in comparison to diamond mining.

And the diamonds are running out.

I’m always cautious about predictions of some natural resource running out. You remember the OPEC oil crisis, right? We weren’t running out of oil as then predicted, we just weren’t looking in the right places deep enough.

So there is a greater likelihood that predictions that Botswana’s diamonds will run out in 20 years is correct.

What will it do?

Tourism obviously comes to mind, and Botswana’s tourism is outstanding. But defined as it is by the ever-changing, nonsolid Kalahari, these aren’t the great plains of the Serengeti, where tarmac roads follow limestone river banks and great lodges are built on granite.

Roads are hard to build anywhere in Botswana. Lodges are mostly “camps” that are often considered quite temporary.

There aren’t aquifers or lakes or wetlands outside the Okavango itself. And the Okavango’s magic is specifically in its ever-changing character. An island one year is a watercourse the next.

This is universally true, and there are notable exceptions like Chief’s Island and the edges of the Linyanti wetlands, and the great pans of the central east. But add up all these areas and they amount to about a hundredth of the available bed nights in wilderness areas in South Africa.

Which is right next door.

Botswana cannot rely on tourism to take it through this century. Yet there seems little else that’s left.