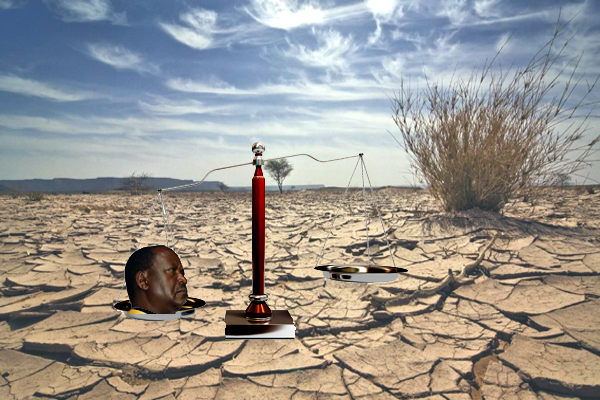 I walked off the charter aircraft in front of my guests, our yellow-vested escort so close he kept bumping me. He stared straight ahead, walked stiffly and unnaturally fast towards the terminal building, more concerned with getting out of the open than showing us the exit.

That was Wednesday, the day after the election. Nairobi was as tense as a strand of cashmere nuked in a microwave. Today the city is nearly back to normal. As nations around the world drop into either the “crazy-and-dangerous” category or the “sane-and-hopeful,” Kenya has demonstrably shown it’s in the latter.

Serious violence erupted over the weekend and more than two dozen were killed, but it was minuscule compared to 2007 and very localized. Thousands of trained observers from hundreds of organizations around the world have unanimously praised the running and outcome of the election.

From the personal point of view that I’ve held for the last decade, the good guy lost and the bad guy won; but I’ll tell you my opinion changed fast this weekend. My “good guy” doesn’t seem to be, anymore.

Raila Odinga was supposed to be the champion of the poor, the socialist, the defender of the depraved and neglected. Like his father, Kenya’s first vice president, he came from the west of the country where Kathleen and I first got our African experience teaching in the bush.

We learned first hand how the urban elite, led by the country’s first president, Jomo Kenyatta, the father of the current presidential victor, despised the poorly developed areas and looked down on the “uneducated natives.”

That was 45 years ago. You’d have a hard time differentiating urban Kenya, today, from Bangkok or even Seattle, but much of the west of the country remains terribly undeveloped, the country’s Appalachia.

That’s why for all these years I’ve supported Raila, who insisted election after election that if the bifurcation between the developed rich and forgotten poor were not healed, the country would implode.

And so it seemed after the flawed 2007 election, stolen by the “bad guy” the same way I feel George Bush stole power from Al Gore. And again in 2013, that time a real mirror of the Bush/Gore election when Raila’s legitimate claims to a handful of votes that would have made him the winner were thrown out by the country’s highest court.

But this time it was different. For the first time in election history in Kenya, returns showed that there was a crack in ethnic (tribal) allegiances. The election was not close at all.

Kenya has been doing so remarkably well that the power of a good status quo actually altered generations of tribal voting. To be sure, the west and other parts of the country are far behind urban Kenya, and urban Kenya is beset by some of the most massive slums in human history.

That had to be a factor in people’s decision how to vote. But more Kenyans are doing well than not, even though that divide is becoming greater than ever thought possible. I think many individuals are resigned to a world capitalist order – at least for the time being – where the poor getting poorer is a lesser evil than chaos and anarchy.

I think that’s why Trump has becoming normalized, why Brexit is dying an agonizing but unattainable death, why the poor are demurring and the rich are lagering and we many in between choose peace rather than one side or the other. There’s a phrase that came out of the Vietnam War era: war fatigue. I think we’re all currently conflict fatigued.

My admiration of Raila turned on a dime this weekend when he maintained the most transparently ridiculous charge that the election had been “hacked.”

Convenient phrase, of course, but he has yet to provide evidence and has refused to go to court. When a reporter asked him if meanwhile he wouldn’t advise his supporters to remain peaceful, he responded that he wasn’t able to control the people.

Raila 0. I still believe in what I thought Raila stood for, but he’s unmasked himself as we all believe politicians to a man ultimately will: they’re all bums. Perhaps they adopt positions and platforms suited to their rise to power, or maybe even coincidentally.

So now we’ve normalized copping out, too.

It’s a depressing day. No one represents us. They just pretend to. But at least Kenya will survive to fight another day. America? Who knows.