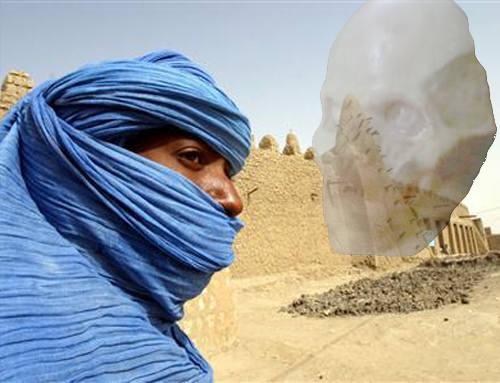 The death knell of the al-Qaeda of Osama bid Laden is gonging in Mali. France is bombing al-Qaeda into oblivion. This is likely the last time you’ll ever hear of the al-Qaeda that blew up the Twin Towers.

The battle today is fierce. There is absolutely no question that this is Afghanistan 2003 in Mali. And I’m convinced that France will win.

Revolutionary guerrillas are never bombed out of existence, whether they’re Mao’s Red Brigade or al-Qaeda in the Maghreb. Guerrillas who survive extermination surface elsewhere, in other revolutions and later wars as many of the old al-Qaeda are Taliban today in Afghanistan.

But al-Qaeda as an organized terrorist force will be no longer and I don’t think anything near as powerful will reemerge in this political epoch. The Taliban, for instance, in either Afghanistan or Pakistan has little power outside its own turf, and that’s what differentiates them from al-Qaeda.

In addition to nine-eleven, al-Qaeda organized a number of global attacks, including the horrible subway massacre of London, the U.S. embassy bombings in East Africa, a Philippine Airlines bombing plot, the Bali massacre, the World Trade Center bombing, tourist hotel bombings on the Kenyan coast, the attempted Manchester airport raid, the shoe bomber, the UPS package bomber, and the attack on the U.S.S. Cole, and this lengthy list doesn’t even include the successful attacks in Afghanistan and Pakistan.

The reach of al-Qaeda has never been seen before al-Qaeda. That doesn’t mean there haven’t been as effective revolutionary movements, just that none except al-Qaeda were truly global. That’s the difference, and I think that global reach of a single terrorist organization will end when the Mali war ends.

What happened in Mali was long expected. The country sits on the bottom of the Sahara Desert, and a huge portion of its north is little more than sand. But for centuries this sand has been ruled by the Tuaregs, a tribe of powerful horseman and cattle traders who controlled the lucrative desert routes that connected North Africa and Europe with the countries on the Atlantic Ocean.

The Tuaregs had never truly succumbed to modern government oversight. And their revolutionary nature, matured in the 21st century with leaders who were schooled in the west and armed by enormous weaponry left from the overthrow of Ghadafi, took over northern Mali more than 9 months ago.

The area is the size of France, and Tuaregs demanded an independent country. It would be nonsense, by the way. As camel thieves and rogue marauders to desert oases, the Tuaregs will never develop on their own. They need development just like peoples everywhere, and nobody in the world – including China or Russia – was going to recognize a country composed of desert tents.

This was the feeling of the very moderate Mali government, a government that was heralded by democratic giants the world over. Even in this blog, written in March by Conor Godrey, there was a sense that the Tuareg “rebellion” would be negotiated down to helping them better than they had been by the Mali government.

But what happened was that al-Qaeda was looking for a new home. I’ve written before about the putsch against al-Qaeda organized by the U.S. and the west.

We pushed them from Afghanistan to Yemen to Somali to the jungles of central Africa, and ultimately into Mali.

Guerilla terrorists flee before making a last stand. Their ideology demands little honor of the sort traditional battles value. When defeated, they run to make a stand another day, and they run to places where they have an opportunity of control. For example, the desert.

So the Tuaregs were usurped by al-Qaeda. There was a period in March and April when several groups negotiated among each other and agreed on an uncomfortable assembly of Islamic law and order. But it didn’t last, really. The land of the Tuaregs, which literally for centuries was ruled by their desert mavericks, was now in the hands of al-Qaeda.

The Security Council, unanimous across its many different state ideologies, authorized military action. The most progressive nearly communist governments and institutions also recognized the need for military action.

This is because Mali is the heart of West Africa. If al-Qaeda establishes a toehold here, Nigeria, Ivory Coast and even Morocco may be threatened.

But France felt waiting until the UN got its act together would be too long. Friday, they started bombing.

The Afghan war was bungled by an inept American administration. France is not inept. Since Afghanistan and with lessons learned from it, the western world has been stealthy until now. It is no longer.

The only explanation is that this will be the last and decisive battle against al-Qaeda.