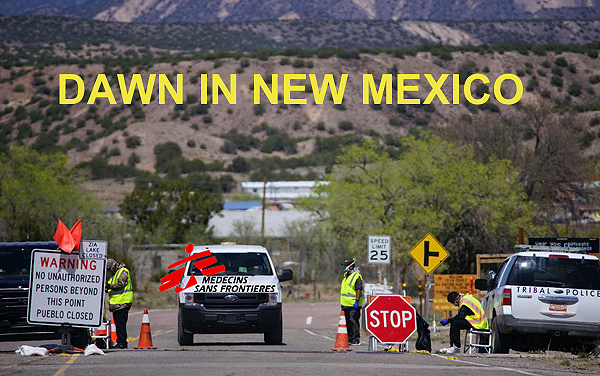 In marked contrast neighboring Kenya closed all its airports and just last week all border posts with Tanzania after nearly 80% of all Tanzanian truckers trying to enter the country tested positive for Covid-19. “There is some level of threat from the Tanzanian side,” Kenya’s chief health officer told the press Monday. “We keep out those who [are] positive,” he added.

The Kenyan/Tanzanian comparison mirrors many here at home, such as New York/Nebraska. The more developed and more urban society is being very cautious and bending its curve, while the less developed and more rural society is proceeding in a cavalier fashion claiming that everything is just fine.

It’s not. My phone conversations with Tanzanians are far more disturbing than with Kenyans, although I don’t mean at all to minimize the concern most educated Kenyans feel.

An important side to this is not to focus very much at all on the published numbers from either country. Kenya, for example, which is much more transparent than Tanzania still can only tally 912 confirmed cases and 50 deaths from a country the size of France with nearly 50 million people.

The availability of testing in sub-Saharan Africa is minuscule compared to western countries. The number of hospitals is fractional and most importantly, the number of really sick people who ever get to a hospital or are ever diagnosed with any disease is heart-breakingly small.

Kenyans realize this so place their trust in their health officials rather than their statisticians.

The truth in Tanzania is dire and began surfacing two weeks ago with viral videos showing unclaimed dead bodies in the streets and secretive night-time burials, according to London’s daily Telegraph.

Still even I find it difficult to know exactly what to believe. The world is so topsy-turvy, sometimes I think I wake up not in America but in the African bush, switching on CNN to learn the news “back home.”

There is little difference between the governor of Nebraska and the president of Tanzania, each exclaiming trust in God as mutually exclusive of belief in science. Each has suppressed the few numbers available to try to make some sense out of the fog of imaginative calm.

About a month ago Doctors Without Borders sent a mission to America, into the Navajo Nation to assist with fighting the virus.

The organization’s motto is, “Medical care where it’s needed most.” Other missions last month were to war-torn Afghanistan and strife-destroyed Bangladesh, places where the governments are too weak or unwilling to care for their own.

Late today DWB announced a second mission to southwest Florida, another place where we’re unable to take care of our own.

So you can now clump America in the batch of failed states and ruthless dictatorships with pitiful brain-washed citizens. So what’s new? More deaths, that’s what’s new.