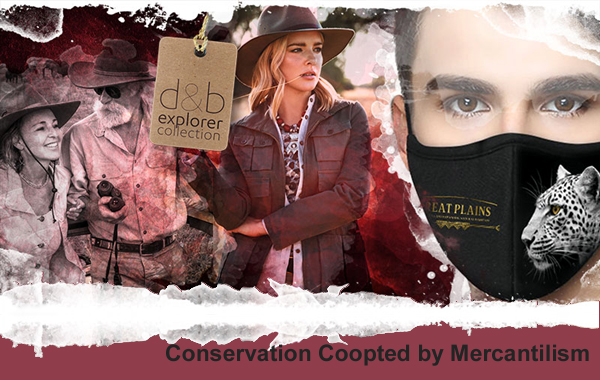 The carnage of African safari companies grows like a dry season wildfire. Distant Serengeti grasslands are lit with flames of desperation. The dead grasses fueling this destruction are the charities proffered to safari customers as a benefit of their bookings.

The charity these schemes achieved for years has stopped flat out: Anti-poaching units, schools, health dispensaries, food assistance and educational training are disappearing with a level of human suffering that the executives of the companies who concocted them ensured they would never experience themselves.

History proves that NGO charities – large and small alike – do more harm than good in the long-term. As short-term band-aids or bridges to something better they might make sense. The problem is that even the best of them are the ‘suigeneris’ of their creators, functional only when nourished by their creators.

This nourishment was paid by safari customers, although it was rarely detailed how small a contribution it really was. It was better to allow the customer herself to imagine how much of her $1000 per day was going to charity. As imaginations grew so did the indispensability of the arrangement.

The support of local communities near a remote safari camp is crucial to the success of that camp. Not just for occasional staff but for anti-poaching efforts, facilitation of “village” visits and often seasonal foods and trinkets for resale. But these nearby villages are understandably very skeptical at being involved.

For small rural villages living on the outskirts of national parks the park itself is often a threat to their livelihood since it conserves wild animals anathema to much agriculture.

But I’ve always believed when listening to these rural folks that even more offensive to them is to see very rich foreigners each paying the camp per day what amounts to months of earnings for their family. “Colonization” is not an historic concept.

Some of the more ethical safari companies tried to educate and train local villagers to become camp staff, and those local staff in turn benefited the rest of their village. But that rarely lasted. The overabundant supply of well-trained, well-educated staff from the cities, and then the need to support that staff’s developing experience squeezed out this otherwise good local jobs policy.

Besides, hard cash is better. And that’s where “ecotourism” arose. It’s a sound idea, paying the long-time residents of the land a portion of the revenue stream. I was deeply involved with several of those, and they all went sour. I know of a few long-lasting ones, but very, very few.

The contract could never be sustained, and understandably if you think about it. It’s one thing for an established farmer and businessman to negotiate with a wind turbine company the rent for using his land. It’s quite another for a peasant to negotiate any compensation: it’s never too much because the smallest amount is more than they ever imagined.

As this conundrum spread through the market, one community learned of another community’s contract and then of anothers and the rancor grew. Not just because of the amounts parlayed but because the villagers began to learn a wee bit about the business and what an extraordinary margin the owners were enjoying.

As a result there was a great pivot at the end of the 2000s from ecotourism to philanthropy. No more revenue-sharing, just simple charity. Schools were preferred, but all sorts of projects were created. When booking your plush safari camp you were assured that a “significant” portion of your $1000 per day went to supporting local communities’ education, health, agriculture, etc.

The idea was so successful as a sales tool that it was sharpened even more with anti-poaching, plucking the heart strings of every safari traveler.

“National Parks’ budgets are being cut and wildlife rangers are being laid off,” Derek Joubert of Great Plains Conservation announced untruthfully to agents and clients last week. It may become true, but according to the Kenyan National Budget released last month (P. 151) allocated expenditures for KWS will actually increase.

In fact KWS rangers are stepping up their activity, particularly on the Tanzanian border because most wildlife reserves in Tanzania along the border are patrolled by private rangers hired by private conservancies such as Joubert’s which are collapsing.

“Urgent pleas” are going out from many well-known safari companies to agents and former clients to assist them funding the philanthropy that had been built into their business model. Many are offering auctions of local crafts, new concepts of “adopt” something, and even crass mercantilism that I feel is affront to our sensibilities about the pandemic.

Private businesses should never have undertaken anti-poaching, education of children, or local public health care. The money they spent for these should have gone as additional taxes to support such excellent organizations as KWS.

Even unmatured new African democracies will not defund services they deem essential and most of them see conservation as essential for a variety of reasons. I doubt any African country will defund its conservation more than America already has.

The portion of these companies’ revenues that went into its philanthropy will never be known, because they are all private companies who guard their client lists. But I know having participated in several that it isn’t very much, less than a property tax levy in an American suburb. It was criminal to champion these as instruments of conservation when they were principally sales tools.

And now it’s all coming home to roost. The companies are far more desperate than their governments. The misinformation in the pleas for assistance not for them mind you but for “conservation” is nothing but a marked indication of their imminent demise.