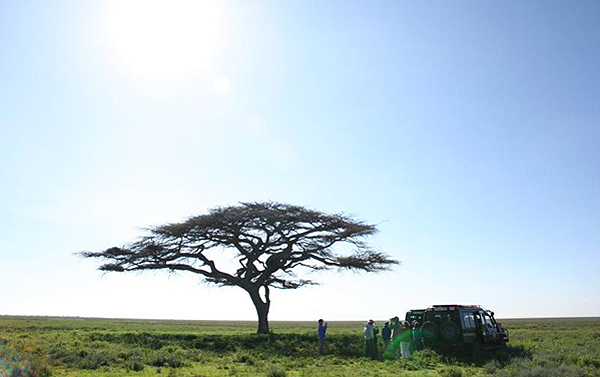 I’m betting that a vaccine will be ready by the first of the year and that Kenya, South Africa and a number of other sub-Saharan countries will require all travelers to prove they are vaccinated in order to gain entry.

But what will you find once you get in?

Tourism workers outside of South Africa will not be vaccinated anywhere near as quickly as foreign travelers anxious to experience a postponed trip. But there’s such desperation right now in all of Africa by furloughed workers that once travelers are allowed to come, many workers will start immediately regardless that they are vaccinated or not.

So the cast is cast. Whenever vaccinated travelers begin arriving, there will be safari staff to service them. But how and with what?

In the last week I’ve received disturbing reports from my staff in Tanzania that the virus is more serious there than anywhere else in Africa. Later today NPR’s All Things Considered will have a similar report.

Tanzania’s health care system is only fractionally as good as neighboring Kenya’s and decades if not centuries behind South Africa. There is very little testing and the country’s president has repeatedly told citizens to trust in god, not medical protocols, to battle the virus.

In an mirror of Trumpism President John Magufuli fired the country’s top health official after questioning the results of some of the country’s limited testing. This provoked opposition politicians to praise the medical professional and claim that the country was suppressing the seriousness of the pandemic.

The country is in near turmoil. Opposition politicians were threatened today with police action if they continued to refuse to attend Parliament, which they claim is not safe because of the virus.

Meanwhile according to the BBC Tanzania has sent troops to its southern border with Mozambique as the situation there escalates.

Reporting that 90% of its new virus cases last week were from its northern border town, Zambia closed that border with Tanzania today.

No government that I know of has yet issued any guidelines for tourism workers in safari camps or lodges, much less the vehicles in which safari guests spend the majority of their day, although a lot is being discussed in parliaments across sub-Saharan Africa.

There are going to be far fewer camps and lodges than available for travelers pre-pandemic. Some game parks – like Tarangire – may look like old American west ghost towns.

Tarangire experienced an unprecedented explosion of new safari camps and lodges in 2019 and I expect nearly all of them – together with many of the veterans – will not reopen. The only guests in the vacant halls will be baboons and monkeys.

I know from my own vehicles in Arusha that spare parts are already difficult to get. In Arusha they claim it’s because Nairobi’s hoarding them. Unlikely. More likely it’s because no one is ordering them. Supply chains in Africa rust quickly when not used. I wouldn’t be surprised if new companies with new distributors take a while before investing in the new expectations.

In the beginning game viewing will seem more difficult than it was before, a polite way of saying the animals will be wilder. I actually prefer this. Pulling up to within a few yards of a pride of lion or tempting a big jumbo for a closeup will probably be ill advised as tourism reopens.

Easy and close access to a family of giraffe or even zebra might no long be assured. Not only will they have lost some of their habituation and cover by large numbers of tourists, they’re being more intensely poached now as rangers lose their jobs. They’ll be afraid of people.

Aside from the increased poaching, the fact that wild animals will act like wild animals is not a negative for me, but a positive. I grew weary in recent times with how tame “wild animals” had become.

Safari travelers post-pandemic will have to remain flexible as the circuits reestablish themselves, but pioneers may be rewarded with very precious experiences, the kind we all used to enjoy when there were far fewer tourists on the circuit and lots and lots of truly wild animals.

All this is for a hoped-for, first half of next year reopening of the safari business. What about the year after that, and after that? Stay tuned for my next blog.