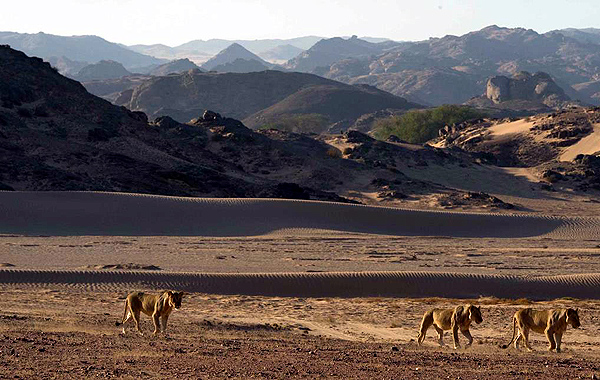 Lions hunt because they’re hungry, and I’ve often listened to excited clients posit why a pair of fit hunters just missed a take-down: They were “too desperate.” I smile wanly to myself. Wild animals’ every moment is one of desperation.

Never, though, has any lion displayed the level of desperation found today among African safari companies trying to survive this virus. We knew many wouldn’t make it. We didn’t know it would be suicide.

“How can it be right to charge [the consumer] prohibited from consuming as a result of being locked in his country of origin, disconnected through airline capacity or locked out of the destination she wanted to travel to?” asks the CEO of one of southern Africa’s largest tourism holding companies.

“Common sense must prevail,” Martin Wiest said yesterday. “Anybody [enforcing] their contracts at the moment surely is losing the moral and ethical high ground forever.”

Wiest, who heads a company with more than 5000 employees and tens of millions of assets in hotels and tented camps, safari companies and distribution networks from Tanzania south into its home area of South Africa, is quite alone. He started as a bus driver, so he knows the ropes. You can tell his loyalty is with those workers furloughed out of existence.

He knows how little chance there is any will be rehired, because he knows the finances that will minimize the carnage aren’t being employed.

This is especially true the higher up the food chain you go.

The really swank, exclusive and super expensive safari camps are the ones that have made so much money. So they are now losing the most. Those extremes lead to desperation.

While most global airlines and hotel companies that are still surviving have radically adjusted their cancellation policies, upmarket African safari companies have not, doing little more than allowing postponement of existing bookings.

One of Africa’s most famous luxury companies is AndBeyond, operator of Tanzania’s most luxurious lodge, the Crater Lodge. The company CEO yesterday took to the internet to announce a “0% cancellation policy for all new bookings.”

A step in the right direction, the terms are laced with so many qualifications, global jargon is mixed haphazardly with specifically South African definitions (“levels”) of lockdown that the idea is eviscerated trying to understand it.

Even so AndBeyond right now is nearly alone among the most upmarket safari companies trying to woo travelers back with common sense.

Unfortunately, I don’t think they will, at least not in their current iteration, and I’m not alone thinking this:

Guy Stehlik claims to have landed his first job in tourism when he was … seven. His bio lauds the foresight of becoming a bellboy at Cape Town’s Heerengracht Hotel. He’s now the CEO of South Africa’s BON Hotels, a South African midmarket hotel chain with other established properties in neighboring Namibia. And more. BON has really expanded nicely into Nigeria and has a single performing property in Ethiopia.

These are not for the swanky international traveler, but for the down-to-earth international businessman and designed specifically for local markets.

Like Wiest, Stehlik is one of the few tourism leaders who understands what’s happening.

“To maintain a foothold in the future face of tourism, the hospitality industry must appeal to the first tentative travelers stepping out into the world after this global crisis and unequivocally demonstrate that these hotels are havens of safety and health compliance that go the extra mile for sanitation, cleanliness and hygiene,” adds Stehlik.

Seems too obvious to say, doesn’t it?

Yet none of the CEO’s of Africa’s super fancy luxury safari camps have said anything about their “sanitation, cleanliness and hygiene.” Are they too good?

It takes pragmatic men like Stehlik and Wiest to remind our industry that it’s not just happy talk about fluffy pillows and golden charities with convoluted contracts that will bring the tourist in from the wilds.