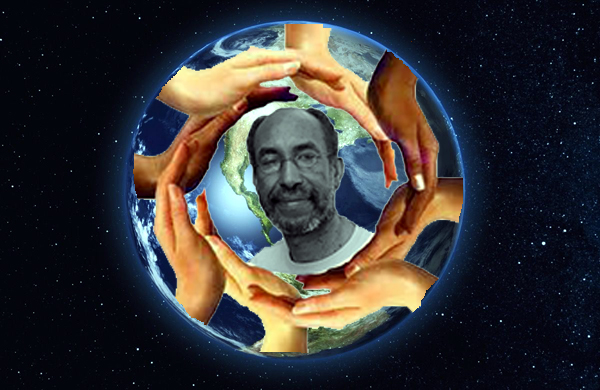 When the Black Lives Matter demonstrations took off the beginning of this month it wasn’t long before disruptive but peaceful protests occurred in Kenya and South Africa. While they have mostly died away, the buzz continues.

The streets are again mostly clear in Nairobi and Cape Town replaced replaced by some strikingly poignant scholarly reflection. A trans-global analysis is emerging, as applicable to America as to South Africa or Tonga.

Abdi argues that virtually all human history can essentially be reduced to lighter-skinned supremacy over darker communities.

Abdi also warns in an abstract to another of his political dissertations that the “destructive political-economic culture left behind by colonial rule” was the kingpin in white supremacy legacies.

Abdi I Samatar is a geography professor at the University of Minnesota uniquely positioned to see movements through a wide-angle lens. A bright Somali kid who fled first to the U.K. (at Oxford) and then an exemplary student in the U.S. (at Berkeley) he now resides in the largest community made up of refugees in the U.S. It’s his community that gives us Rep. Ilhan Omar.

So whether America or South Africa – or for that matter Hong Kong or Argentina – white or at least lighter skinned conquerors displaced, enslaved then sealed their empires over darker skinned people with “destructive political-economic culture.”

Not news as such.

In fact my life time is marked by scores of hopeful movements creating lasting organizations that defend human rights and individual liberties against the prevailing “destructive political-economic culture.”

Many are United Nations adjuncts but many more are more local like the ACLU, Human Rights Watch, NAACP and many, many others that have absolutely built protections for beseiged and weaker communities.

But the movement, today, has a distinctly new impetus: globalization.

Abdi can hardly write a paragraph without pointing out the similarities between geographically distant societies like America and South Africa:

“South Africa’s settler political economy is a miniature version of the US and manifests the same racist and classist structures and behaviours.”

Such analysis – found by virtually every contemporary scholar worldwide – is the prelude to remedies that work best as barriers between societies are swept away. The fewer borders, national regulations, types of currency and commerce, and even languages, the more likely solutions to engrained racism will be found.

At the heart of this global solution to racism is the end of community sanctity – whether embodied by Swiss cantons, the American electoral college or school boards wielding property taxes, Hong Kong’s special arrangement or Kenya’s counties. Devolving power centers to the extremities of society might indeed protect their integrity, particularly if they are minority appendages. But it also ensures their inequality.

There are striking analogies with the struggles to maintain biodiversity and protect against evasive species. But as the world’s urban areas expand over its rural and wilderness, the struggle to maintain diversity and community sanctity are squarely pitted against the more moral battle for overall survival.

“The likelihood of realising these transformations is slim, as the majority of white Americans will baulk at the magnitude of what is required… Such institutional and personal racism has been responsible for the failure of liberalism in America.” And worldwide.

I’m not so pessimistic. I think the pandemic has a silver lining. It shows what equality means. It proves better than anything else that the more community sanctity is upheld, the more people die. You couldn’t come up with a starker lesson.