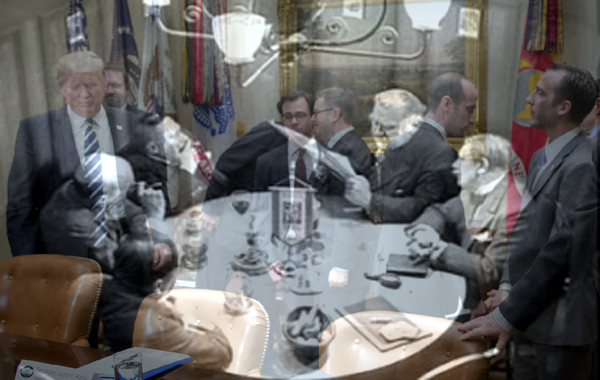 Some tunnels of empathy lead to condescension. An event this week in South Africa triggered my epiphany that I’m among the guilty.

Dr. Ebrahim Variava is a sort of Dr. Fauci for at least part of South Africa. Widely respected with decades of exemplary performance, he isn’t just a hands-on doctor but a professor and research scientist. Until yesterday he led the team of physicians treating a spike in Covid19 in South Africa’s Northwest Province.

This area was the most seriously hit part of South Africa during the Spanish flu and it’s where some of South Africa’s worst outbreaks are, now. This is South Africa’s mining region. Mines are as much incubators of the virus as prisons, nursing homes or meat processing factories.

It came to a head last week in a Zoom meeting with the province’s health official, Polaki Mokatsane, who then decertifed Variava Monday, forcing him to stop practicing medicine.

Here’s how I first saw this:

Whether Bright, Variava or a series of top health officials in Brazil or the U.K., essential warriors against the virus are being sacked and side-lined because they’re telling the truth and impugning the political leaders for failing to do their jobs.

Not exactly. And this is where my epiphany was created.

Until recently I viewed Trumpian leaders worldwide as a bunch of egomaniacs blown into power by the dissatisfied. I sympathized with the blue collar workman whose father and grandfather did better than him. I believed that Middle America was so neglected by the rich elite that wrangling out of the control of this or that political party, Joe Blow conscientiously decided to vote contrarian. He would support the most radical of candidate who wasn’t from the political establishment.

A sort of anarchical renewal. Johnson, Trump, Bolsonaro – they were swept into power not because of their promises but because they viciously attacked predecessors who promised so much but delivered virtually nothing.

It’s turned out to not be so simple. And much more insidious:

No economic or immigration or foreign policy – or lack thereof, or brain-washed misrepresentation or virtually any iteration – stops a coronavirus. The metaphor became the reality. No longer a virus of corrupt government, it was now the virus of a microbe and it was untouchable by the machinations of horrible people.

So all the experts and professionals and politicians from all the different political spectrums had to defer, at least a little bit, at least in the beginning to the trained doctors and scientists who by definition are apolitical.

Health-saving yeomen like soldiers with immutable creeds have no choice but to support the idiots who summon them. That’s why Fauci hasn’t been sacked, despite his unusual albeit limited criticisms of Trump.

The scientists did their magic, and it seemed to work. The clarity grew greater every day. Trump, for one, actually seemed to bask in the attention that his peon health-officials drew near him. How foolish we were to think he tired of this! Or that Fauci no longer appeared, or that the Task Force was disbanded, because Trump calculated the country was ready to open up! How stupid!

But the imperiled elite are not stupid. Trump’s ADD is simply an expression of America’s. Trump would have ambled for months on stage with white-coated professionals and done nothing, until someone whispered in his ear.

“Those still alive after a 100,000 dead are ready to flip. The cure is worse than the disease.”

The ruse is foiled, at least for me: Trump, Bolsonaro, Johnson or Mokatsane (Northwest Province, South Africa) aren’t acting for themselves. There’s no self-interest in dismissing those who can save us from the virus but neither is such action random, one or other the necessary signature of an egomaniac’s wielding of power.

Someone whispered in his, in their ears.

I’m not sure these elite are fully organized or create backroom strategies as such. But each privileged individual is driven in the same direction by the common peril of losing their privilege, and that consensus percolates up to the highest rungs of government.

The problem is not Trump, Bolsonaro, Johnson or their mindless followers. It’s the Collins’ and Boltons’, the Milley’s and Kelley’s, the Kemp’s, de Santos’ and Rubio’s and thousands if not tens of thousands of other lieutenants.

It’s us. It’s the privileged who worry equally about our portfolio as the suffering of our fellows. That isn’t a balanced scale of justice and it must begin to tip.