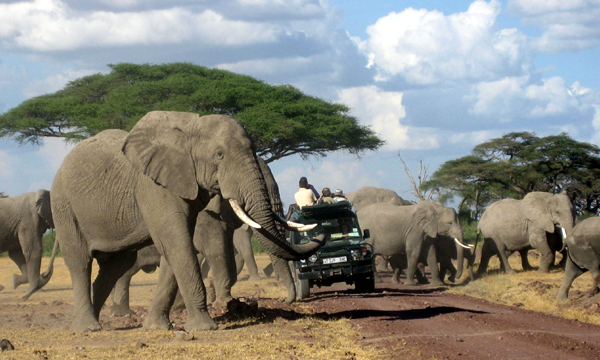 Could a virus like Covid-19 be killing Botswana’s elephants?

The Botswana government just received the first test results from a sampling of more than 350 mysterious elephant deaths. More mysterious, it refuses to release the results. The government argues they shouldn’t be made public until they’re confirmed by an independent lab in South Africa, which could take a week.

There’s something fishy about this. It’s just as fishy as when the government called sound evidence that 87 elephants had been poached in a relatively short time almost two years ago, “fake news.”

Or just as fishy as when Elephants Without Borders and other wildlife NGOs inflated that incident as heralding the end of elephants. These elephant cultural wars are getting out of hand, and the Botswana government’s refusal to release its test results stokes the fire.

What we know about the current mass deaths is that it’s neither poaching nor anthrax, a regular virus killer in the wild. Most of the dead eles were found with their tusks, ruling out poaching. And no other wildlife in the area is sick, which ruled out anthrax even before the Botswana government did say yesterday that its test results also ruled out anthrax.

Importantly, many of the ele were observed just before dying stumbling around as other animals do after being poisoned or when succumbing to a neurological disorder.

The notion that a virus is ransacking the elephant population is hardly far-fetched given our own state of affairs. Many viruses like hoof-and-mouth still plague much of the animal world.

West Nile virus, another African derivative, still plagues our corvids (crows and blue jays). Viruses are the main cause of the decline in many frog and bat species and instrumental in the decline of the honey bee. There are serious virus threats to almost every fruit, vegetable and grass on earth.

What I think we’re learning in this age of Covid is that the science of health is more important than the science of economics, albeit they are linked. Most of Africa as I explained in my last blog has definitely chosen health over economy. The incredible slaughter of ele in Botswana if a health matter simply affirms this choice is correct not just for mankind but Mother Earth.

Probably the most important fact in this mystery is that the elephant population in Botswana is way too big. It’s a hot-button issue in modern Botswana. Last year the government lifted a decades-long prohibition against elephant hunting.

Wild animals as an immediate danger to modern folks and their livelihoods is a continent-wide issue. Poisoning of intrusive wild animals is common throughout sub-Saharan Africa.

But poisoning as the cause of this tragedy is unlikely. Other animals that drank the same water or ate the same fodder didn’t get sick. Once the elephant was down all sorts of other animals and birds began to eat it, and poison doesn’t break down quickly enough to avoid infecting the scavengers.

“As elephant populations grow,” Chris Thouless, the head of research at Save the Elephants told the New York Times, “it is more likely that you will get mass die-offs, probably on a bigger scale than this.”

In other words, a natural die-off because there are too many elephants. This isn’t quite as cut-and-dried as it seems. Natural die-offs occur not simply by the wave of Mother Nature’s wand, but because of a multitude of factors that suddenly converge.

Elephant have a very poor digestive system and have to eat about four times the equivalent amount of food other animals do to secure sufficient protein and nutrition. In other words, they are much more impacted by decreasing habitats and their own increasing populations than other animals.

The mass poaching of the 1980s and then the constricting habitats that effected all of Africa as it developed decreased the health of the elephant gene pool. Inbreeding leads to a greater susceptibility to disease.

So in a way the “second” possible scientific explanation, an unique disease, is very much linked to the first one.

Thouless recalls that encephalomyocarditis, a viral infection transmitted by rodents, killed more than 60 elephants in a relatively short time in Kruger National Park in the 1990s.