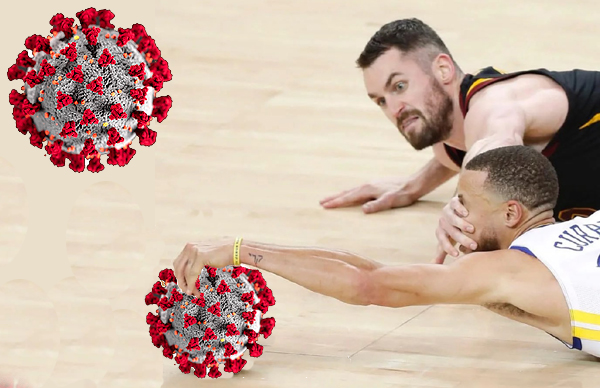 Americans need to take off the blinders that they will get the vaccine, first. This notion is dangerous and woven inextricably into the November election. “It’s risky [to Americans]… and not ethically right,” WHO’s chief scientist told a Nigerian newspaper, yesterday.

Pediatrician Paul Offit who wrote the book about the kids who got polio from a bad initial vaccine warned Americans in Science Magazine that Trump’s “October Surprise” could be the announcement of a vaccine that won’t work.

So far America has scoffed international efforts to fund, manufacture and distribute a vaccine globally, going it alone with its “Warp Speed” presidential mission. But if Americans invest in speed instead of quality then lose the gamble, they may end up being the last to get an effective vaccine.

Are Offit’s and WHO’s admonitions to us bluster and even jealousy? Would Fauci really sign-off on an October surprise?

What I do know is how shameful it is that America is going it alone. Hedging this bet perhaps but more in my view an incredible PR deflection effort, the U.S. joined a June conference in London and pledged more than $1 billion to GAVI, the WHO appendage coordinating a global vaccine response.

The key, however, was the U.S. pledge is not for the coronavirus vaccine, restricted instead to such programs attempting to eradicate polio, tuberculosis and fight HIV.

In contrast 62 major countries contributed to both the panoply of vaccines then specifically for the coronavirus, including our neighbor Canada whose total contribution comes close to exceeding that of the U.S. Canada has one-tenth our population, 4% of the number of confirmed coronavirus cases, and 6.8% confirmed deaths.

So tell me who cares about the world.

Yesterday a scientific webinar in South Africa affirmed further that any one country going it alone to eradicate the virus is not just pointless but ludicrous.

Say America strikes it rich and deploys vaccine across its country while the rest of the world grows more infective. I’m not just posing whether a safari traveler might then feel comfortable traveling abroad. I’m wondering who would welcome the bully from the school yard.

Say generously we dole out a bit to our neighbors, Canada and Mexico, clearly to stem infections from seeping in. But could we really alter this crazy country’s inability to control almost anything? Trade doesn’t stop or the economy dies. We need lots of stuff from abroad and our resource of oil is increasingly not a very good poker chip.

“Nobody is safe unless everybody is safe,” the GAVI head said in his opening remarks at the British conference. America may have spent $2 billion for exclusive control of a vaccine, but GAVI will be spending $8 billion and spreading it out among three or four better possibilities.

If GAVI wins, lots win and WHO will distribute the vaccine equitably among the fund participants. If America wins? And if America loses?

So while appealing to your better common sense, my own rage is with our infantile immorality, like animals fighting for the last bit because we think we’re the strongest. Morality tends to win in the end often in terribly stark and horrible ways.

“The thing that really upsets me is I’m trying to think what’s the month after October? Oh, right, November,” Offit says. “I think the current administration may say, ‘This is our October surprise, this is this is my gift to this country, look what we did.’”