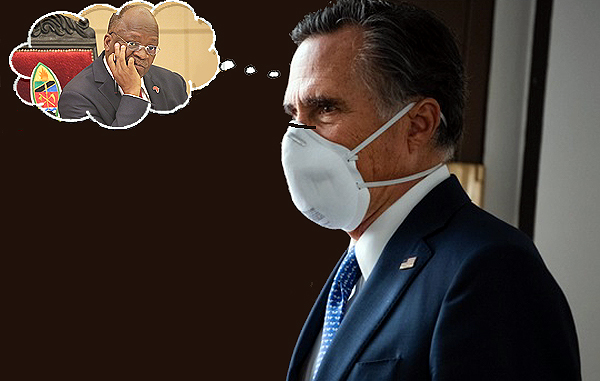 Is your cable bill paid up? Are you ready to confront the week of August 23 as the most surprising yet of America’s last four years? Then all you need is this little blog, a little prep on the story of how John Magufuli became the president of Tanzania, crushing the certain hopes and futures of millions.

There aren’t many similarities between the presidency of Tanzania and that of the U.S., or for that matter the presidencies of most democratic countries. But there is one.

Like pre-Xi China Tanzanian rulers since independence have come and gone on a strict schedule. China, Tanzania and the U.S. at least until now in the modern age of politics have never let a single person serve as Head of State for more than 2 terms. In the U.S. that’s four years; in Tanzania it’s five.

Really nothing else. Despite democracy affectations China and Tanzanian leaders are pretty autocratic. China certainly more so than Tanzania, but very centralized power has kept control in the hands of very few.

But this isn’t the case with the political parties in all three countries from which this power gets legitimacy.

There is a great similarity especially today between the CPC, (Communist Party of China), the CCM (Chama Cha Mapinduzi) and… the GOP.

All three have dominated their societies for the last half century. The GOP has lost a few times around, unlike the CPC or CCM, but even in those times it was able to dominate society through lower levels of government (states). So the three parties have prevailed through history together.

In the contexts of their own very different societies each party is conservative. The challenges never came from the right, but from the left. The challenges that emerged from the right were all quickly assimilated, perhaps even transforming the leadership base, but never to any degree of marked difference with core ideology.

The serious challenges from the left are notable. In China there is no better example than Hong Kong. In Tanzania the northern part of the country which borders much more democratic Kenya and which has an economy inextricably linked to Kenya, society grew rich economically and politically progressive.

In America it was Obama. Clinton was more a Republican than most Republicans. Short-lived Carter was a place holder inserted into the wrong part of the deck. But I see Obama’s reign as awkward, a cultural rather than political triumph. And except for a few moments of his rule the GOP still dominated society.

Even during the two years he enjoyed a Congressional majority, progressive policies hardly prevailed. Simple ideas like healthcare for all or bans on assault weapons were decimated. Lasting policies from sound ideology, rightly best created through court appointments, were tricked away by GOP manipulation of politics.

So concede. The rightist parties prevailed.

The current president, John Magufuli, came to power in 2015. He will be re-elected to his second term on October 25. Here’s the thing: he was not supposed to be president.

The way presidential ascension occurs in Tanzania is that the ruling party, the CCM, grooms their man for the last couple years of the second term of the lame-duck president, moving the presumptive candidate into greater public view while increasing his portfolio of ministerial posts.

Edward Lowassa was this man in 2015. Now he wasn’t the perfect candidate to be sure. He came from the North, the hotbed of growing wealth and opposition politics although he had joined the CCM years before prosperity began the transformation.

And as an older man hugely experienced in country politics, CCM leaders decided grudgingly to “assimilate” him in order to keep the North at bay and maintain their stranglehold on society.

But then the North exploded. Protests closed the capital of prosperity and progressiveness, Arusha. Very popular and often much younger politicians and elected officials from Arusha were arrested and tortured by the police.

The situation grew worse and worse. Lowassa’s value fell with each protest.

The fever in the North grew exponentially each day: against corruption and police brutality in particular, land ownership and income inequality in general, even gay suppression in the sidelines. Worse, the protests were spreading country-wide. Unimaginable but months before, the CCM was projected to lose power.

So it should have come as no surprise but I remember being there when it happened, and people were literally dumbfounded, totally taken off guard:

Having mastered and profited from the corruption the country was now growing intolerant of, the CCM dismissed Lowassa for a corrupt scandal that everyone knew that every single official in the party leadership was enjoying.

And they put in… John Magufuli.

I don’t think the GOP candidate replacing Trump in August will be as unknown as Magufuli. That wouldn’t fly with the less controllable American public. I think Romney will be just fine.