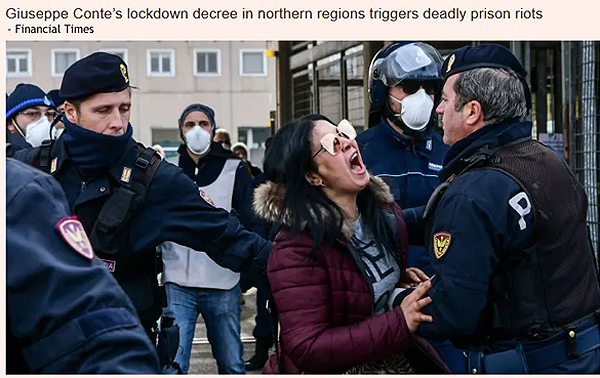 Open up? We privileged have more latitude implementing our morality than our poor bloke cousins. Alas, the current partisan pandemic. The growing impression is that Covid-19 is a rich man’s sickness, and ‘god forbid, let them die.’

No better magnification glass on this painful dilemma than what’s happening in Africa.

Realize that we privileged are wing-clipped invoking science and numbers. The mantra that everything we do is guided by science is hogwash.

In America as in Kenya or South Africa or Ghana we don’t have sufficient numbers to drive our science, validate our theories. Perhaps in New York or California, maybe Chicago. But we don’t in St. Louis or Sioux City or Atlanta because in those places statistical compilation is wanting. In America as a whole it’s worse than almost anywhere … except Africa.

So we act based on what we “think” the numbers really are, or worse, we manipulate them to promote our point of view. Nothing wrong with that if you’re not rejecting getting the numbers but just can’t. But we of privilege are better trained to do this because we’ve been given more skills by more teachers that we could afford.

First we the privileged must admit to ourselves that we think we’re better than the less educated person to make these determinations. We’re acting that way, so why not admit it?

Dr. Fauci is the cutest dancer since Shirley Temple. But if he stumbles in his two-step in front of Monster Trump his influence will be tweeted out of existence. So Fauci and a slew of politicians and other so-called experts have committed at least two sins: lying about the totality of what they really believe and then lying about lying.

America’s table is set: Red napkins on one end of the table for cousins who don’t know how to extrapolate and have suffered the brunt of all misery for generations. Blue napkins on the other end for us cousins playing footsie with death in our Harry Winston Ruby Slippers.

The outstanding historian Jon Meacham calls this the partisan pandemic. He’s right on.

There have been more people killed in the last two weeks in Kenya in food riots and government protests than have been killed by the virus, according to the “numbers” which we know are wrong. The irony hardly suffers.

Nineteen prominent physician/scientists in South Africa said today, “It’s time to hit the play button again. If we start the wheels turning soon, we stand a chance of recovering. If we languish …we will do irreparable damage to our future and those of our children.

“Our healthcare system and the economy were already on their knees at the outbreak of Covid-19. The negative effects of keeping the country on …even a relatively “light” lockdown are innumerable.”

The country has been in rigid lockdown for more than a month and the leaders are discussing now whether to extend it.

After 86 years of outstanding performance, South Africa’s flagship airline is going bust. The country’s national energy utility is in ruins. Friends and vendors with whom EWT does regular business there, now working locked into their homes, apologize for delays because of increasing power outages.

The country’s wine industry is losing a tenth of its annual revenue each week of the lockdown. When a third of the revenue is lost, most vineyards will go bust.

“Still no booze, still no cigarettes during the next phase of lockdown,” writes South Africa’s business insider, but mines will begin a phased 50% reopening next month. South Africa’s gold, diamonds and precious earths are its last buttress against complete collapse.

The 19 prominent physicians concede that the virus “does sadly kill many elderly, but this is still a relatively small percentage of the population. If at all, a vaccine is unlikely to be developed and distributed within less than 18 months.”

How much clearer can you be? The old and already sick must be sacrificed for the greater good.

South Africa is the continent’s most developed country but this is playing out in the rest of Africa in much more gruesome ways. Ghana is forcing an opening this weekend conceding the coming catastrophe. Kenya is near revolution. In the rigid dictatorship of Tanzania the president shouts, “God, not masks!”

We in America think we are so developed and ingenious. In fact, only part of us is, the blue part. The red part has suffered for a long time. The pea farmer in Arkansas, the fisherman in coastal Georgia, the mine worker in West Virginia concede early death and ubiquitous disease as a part of normal life. Now that the privileged are feeling some of that, can you blame them for fighting to save what little they have?