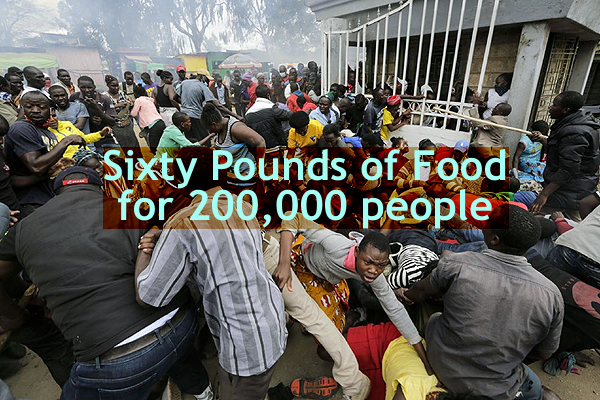 Sometimes it’s better to let your brain suppress your gut. Better than Rolaids. It’s what I have to do when contemplating the virus in Africa.

There’s an enormous disconnect between what my gut tells me about the dangers of Covid-19 and what my brain does. The numbers on the continent are – and I suppose this is the point – ridiculously low. But numbers in Africa are like snow flakes in a cotton field. They rarely appear and when they do, they’re very hard to find.

No one has bothered to assemble the numbers from the world’s second largest continent for more than week. But on April 7 W.H.O. calculated there were 10,000 cases and 500 deaths, the vast majority of those in the very northern countries like Egypt and Algeria.

Unless everyone can be reliably tested you can’t generate reliable numbers. Deaths will be closer to the truth than Cases, but neither is evidence enough to generate good policy, much less decisions like when and where should you travel.

One thing we know is that the virus is much deadlier than practically any other known disease for people with risky health conditions or who are older: With that demographic it rivals ebola and ebola is much harder to transmit.

Africans know a lot about ebola. With enormous help from the United Nations and particularly W.H.O. they’ve figured out excellent ways to mitigate its spread. Covid-19 is ten, twenty times more infectious.

So it was no surprise to me when African governments acted swiftly and impressively. South Africa, Kenya and most of Nigeria and Tanzania are on lock-down right now.

Lagos is Africa’s largest city and its slums alone are more than 20 million. Nairobi’s slums exceed 4 million and Dar-es-Salaam’s slums might be larger than 10 million.

Slums are where an epidemic can destroy a country. The population density in Kibera (Kenya) is 200K/sq. m, Khayelitsha (South Africa) 32½K/sq. m and in the mega slums of Lagos (Nigeria) 18K/sq. m. There are no highrises there. Two hundred thousand people per square mile does not allow physical distancing.

So despite Africa’s low numbers, despite the fact that there is some evidence the virus doesn’t do well in hot and humid areas, my brain tells me there’s a lot of Covid-19 in Kibera.

But here’s the terrible thing. The every day non-pandemic mortality in Kibera is already immorally high. I’ve been unable to find any studies since 2014 and they’re too old to repeat now but trust me, mortality and sickness in an African slum is maybe 100 times, 1000 times greater than in an American city.

This has been the case for a while and that means that slum societies have found ways to cope with mortality and sickness. It becomes as much a part of every day life as western societies dealing with crime and corruption. Both are loathed, known to be critically detrimental but … a part of life.

The nuts and bolts of Nairobi’s industry is labor from Kibera. The fancy night clubs and high-end car dealerships in Lagos depend on the labor from its slums. Were even a quarter or less of these reduced, Kenya and Nigerian society might collapse.

Just as these horrific slums “cope” with death and disease, it was presumed they’ll cope with no work for a while, so they were locked-down.

But when one small charity went into Kibera last weekend with a food truck, more death and destruction was caused in the stampede which greeted it.

The Kenyan Parliament is meeting now to decide whether to ante up a half or more of its annual budget to immediate cash payouts to its citizens. It’s much easier and quicker to do in Kenya than in America, since every slum dweller has a cheap cell phone with an ingenious “Mpesa” cash bank inside it.

My brain listens attentively to Melinda Gates as she tells CNN that this virus is going to decimate the developing world. She points to the dead bodies unattended lying on the streets of Ecuador’s largest city of Guayaquil, an equatorial, hot and humid city.

So while my bubbling gut like desperate Trump supporters wants to believe Africa’s OK, my brain like trusted Dr. Fauci says not, and I think I just better let the brain prevail.