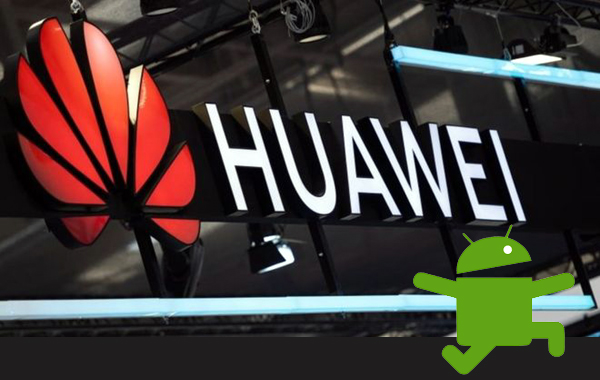 With 5G power Africa opened its arms to China, and China took the embrace nanoseconds after Trump imposed new sanctions on hi-tech transfer to China.

Capital for Nigerian startups, gigantic city call centers in Kenya, 4000 little Chinese cameras planted all around the tiny island of Mauritius, and – get this – the most complex, advanced hi tech research center for facial recognition to be built, where?, in Zimbabwe.

This is either reactionary madness or terrifying genius.

Yesterday Google confirmed, “Google has suspended business with Huawei that requires the transfer of hardware, software and technical services.”

The new sanctions were intended as a mortal blow to Huawei, the Chinese tech firm with advanced 5G technologies currently better than any American company. But Google’s morose statement was filled with capitalistic realism. Like most everything with Trump we’ll see who dies first.

The leading world tech firm simply told all its cell phone customers that updates, security and exciting advancements would all be forthcoming straight from China for all the Google services and operating systems now on its millions and millions of phones.

Half the current smart phones in Europe were manufactured and now supported by Huawei. Instantaneously Spain’s biggest cell phone provider, for instance, said it was studying whether to forgo American technologies altogether.

That’s unlikely and I think the Chinese know that. Birds of a feather flock together, but the continental African species has increasingly evolved Chinese over the last several decades. I think China is betting that Africa will emerge as hugely and successfully as it has. So it’s begun cementing its control over Africa, and true to the era, no longer politically, but capitalistically.

When the trade war began with Trump last year the Chinese began moving their chess pieces around Africa at lightning speed.

New loan deals giving China greater control of dams, roads and railways up and down the continent began emerging. Despite the global slowdown in economies, quickened efforts to construct infrastructure grew smiles on Africa dictators’ faces.

I’m personally amazed even when I talk with some seasoned diplomats how much they underestimate both China’s far-reaching determinism and Africa’s potential.

The west has so screwed up its relationship with China with the concept of peaceful coexistence in place of necessary partnership that China has just decided to ignore us. When Tanzania needed more electricity, the bureaucracy, xenophobia and outright racism of the West was embarrassing.

Ten years of World Bank analysis ended with a whisper and pledges of support that the Tanzanians knew would never materialize.

China stepped in like an old rich, relative, and the earth is now moving on the Selous Dam project. There was no “I-told-you-so” heckling of the West, either. As I think back on that now it was just China grabbing a great opportunity.

The West, of course, rarely sees investing in Africa as a great opportunity. Doesn’t matter that there are twice as many cell phones per capita in Africa as in the United States.

The West has become so scared of global dynamics and at the same time so infatuated with itself that China has had a walk in the park across Africa for a long time, and now it’s starting to run.