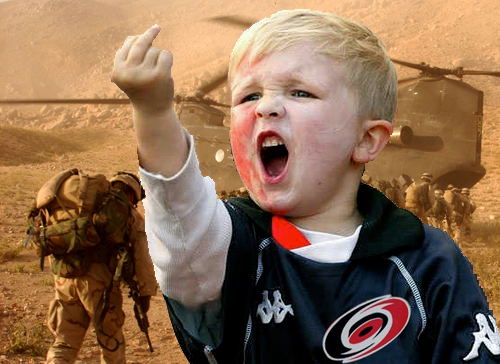 “While these terrorists have visited unbelievable savagery on us, we must collectively avoid the temptation towards unthinking revenge, the path the US took after 9/11.”

Those remarks published this morning in Nairobi actually made me reflect on our own looming national crises coming up this midnight and again and again right through the end of the year.

The American Right’s paths since 9/11 have been terribly “unthinking,” reflexive and self-destructive to be sure, but also a great misery for us all.

I began to wonder if the stew we’re in right now in America really has its roots in the bad policies which came out of 9/11, and if Kenya will avoid that same destructive path.

Both societies had regular terrorist attacks before these great ones. Kenya, in fact, has suffered as many deaths and injuries as Westgate from nearly three terrorist attacks monthly in the last two years, and more in the single 1998 bombing of the American embassy. American had an almost regular series of attacks starting all the way back to the Achille Lauro and Pan Am 103.

“The killing of young children in cold blood, and the reported acts of torture constitute a new level of barbarity with which terrorism [in Kenya] is usually not associated,” George Kegoro reflected today in Nairobi.

The American Congress made historic, incorrect decisions in the 15 years since 9/11. The loss of national resources wasted in useless wars, and the diversion of attention to our own needs at home combined to produce a vengeful, angry, hard-nosed and “unthinking” America.

And so we arrive at today, where legislators don’t legislate and politicians defined by the political system want to shut it down. They want to eliminate themselves and replace it with nothing.

Like some child incapable of saying, “Sorry,” they lash out at everything.

Self-destruction supreme. Are we punishing ourselves with all the misdeeds of the last one and half decades?

In fact, lead this angry child into something better. Please.