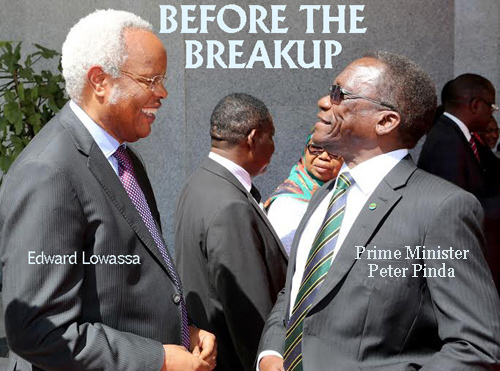 Many believe Tanzania’s elections in three weeks will be violent. I’m not so sure.

The contest between the presidential candidate of the party that has ruled Tanzania since inception, John Magufuli, and the first viable challenger ever, Edward Lowassa, is in many ways a setup for violence.

Lowassa is a former prime minister in the ruling party and until July one of its elites. Many expected he would be anointed the new presidential candidate, including himself. When Magufuli was chosen instead, Lowassa united four opposition parties that had been at each others’ throats for decades and became the single candidate of the opposition.

Lowassa is not a nice guy. Whether or not he really was responsible for one of the most scandalous incidents in his country, he was fully aware of it.

Yet he has the support of many in Tanzania who are fed up with the one-party state and – at least in situ – he represents the first real break with that ideology.

The only reason I concede violence is plausible is because of the recent emergence of militias to “protect” the different party candidates.

“Tanzania has been one of Africa’s most peaceful countries …and has been regarded … as one of the continent’s strongest democracies. A close and hotly contested election might challenge both of those assumptions,” writes former U.S. ambassador to Tanzania, Johnnie Carson.

The respected and somewhat leftist U.S. media magazine, The Hill, carried an op-ed recently from the chairman of the ruling Tanzanian party that upped the tone for the election, claiming “If [opposition candidate] Lowassa … wins, then the country stands to become a new front for terrorists.”

Many of us felt The Hill was irresponsible publishing the piece, because the assertion is so ridiculous it exceeds even those of Donald Trump.

Nathalie Arnold Koenings, an African anthropologist writing in African Arguments, dismissed the article as a purely an incendiary swipe at the opposition, countering:

“As to the possibility of violence erupting in the upcoming elections, if there is extremism to fear in Tanzania it may be that of a ruling party bent on suppressing the political will of its citizens.”

Carson elaborates: “Questions have also been raised about… replac[ing] the very experienced Director of Elections with a novice election chief, who might be more easily manipulated.”

Hilary Matfess of the National Defense University listed a series of recent government actions suggesting a premeditated stricture of the political life in the country, including clamps on freedom of the press and use of the internet, to give the ruling party an unfair advantage.

It’s the militias which are troubling. Zanzibar has often erupted in violence after national elections, in part because of the gunshot marriage between it and the then country of Tanganyika that formed the current Tanzania, and for more contemporary reasons that pit its near universally Muslim population against mainland Tanzania’s Christians.

But never before have opposition parties or candidates on the mainland organized their own protective militias.

It reeks of Kenya’s 2007 violence following its closely contested election.

Nevertheless, I still see a peaceful outcome for several reasons:

First, I don’t think the opposition will win. Much of the current party‘s power is certain to be eroded as many opposition members are elected to Parliament, as I’m certain they will be. But the main party is so entrenched in most of mainland Tanzania, it’s hard to see the only national candidate, the President, coming from other than the ruling party.

Second, I think a lot of Tanzanians – like me – are disappointed that for the first chance ever to oust the main party, the leader assuming the charge was until July a part of the main party! And probably as corrupt as all the others he now contests.

So what would really change?

So ennui and apathy may result in a low turnout, favoring the party in power.

But stay tuned. I’ll stay on top of it.