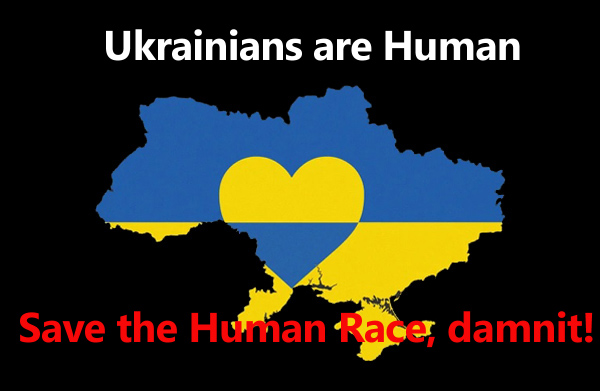 Try to imagine how a soldier deals with fear. I’m no soldier but I think I felt soldier’s fear standing under the elevated gun of a tank at the Goma/Gisenyi border in 1994 as it kept us from crossing the border as planned. I think it’s similar to the adrenalin high that Kathleen and I exchanged in our instant glances after hearing Amin’s gunfire in Kampala. Similar to the instant, complete weakness and rapid heart beating when I threw my hotel curtains open on the 13th floor of the Addis Hilton expecting to smile at dawn and instead looking straight down at 6 human heads impaled on the hotel’s flag posts. None of these compares with a 20-year old florist turned soldier in Mariupol thrown to the ground as half his city blows up.

Random violence creates revenge in those it scars, confusion in those who watch from afar and equivocation by those who dread being the next target. There’s a lot going on in Africa right now. I can’t write about it. My half century in Africa was filled with considerably more violence than in the lives of most of my peers except soldiers. Ukraine brings it all back, altogether, all at once. But nothing that I lived through can compare to the video images of Ukraine today.

Save the human race, please. Ukrainians are human. Sacrifice is for lemmings and killer ants, not humans.

Republican Congresspeople are once again in lock sync: they start by saying “I commend the President for what he’s done” and then quickly add, “But he’s not doing enough, quickly enough.”

How long, how quickly did they each admit that the leader they supported, Trump, facilitated all of this? Oh, you mean they haven’t admitted it yet?