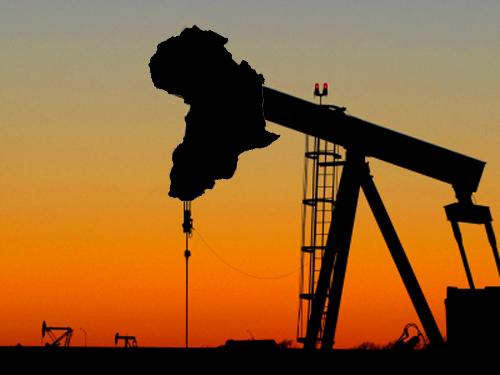 As the U.S. and Europe teeter with their economies their investors are turning to Africa where energy companies are growing rich overnight.

Fed up with the failures of austerity in Europe and the even greater failures of politics in the U.S., giant multinationals are directing investment out of their home turfs to Africa. Facilitated especially by new Chinese technologies for deep drilling, huge new reserves of oil and especially natural gas are being discovered almost daily in Africa.

Global analysts think this presages a major shift in geopolitics in the not-so-distant future. Steve Levine of the trendy new quartz.com online business journal thinks that by 2020:

“.. oil prices could average $80 a barrel, Gulf monarchs … could face unrest, Mozambique—yes, Mozambique—could become one of the most important petro-states on the planet, China could more congenially assume a top rung among global powers. And the US could untether itself from some tyrants.”

What I think Levine and others fail to underscore is that we already have a Third World African energy giant, and we have had it for more than a generation, and it’s not doing so well.

Nigeria is a mess, and the $64 trillion dollar question is will that also be the outcome for Tanzania, Kenya, Mozambique, Uganda, Angola and the others.

Nigeria’s oil, gas and other natural reserves rival many states in the Mideast. Civil war, rampant corruption, now Islamic extremism and a failure to develop basic infrastructure have stymied any meaningful development over the last 30 years.

Uganda’s new oil finds are suspended while the county battles multinationals in the courts over royalties.

And Tanzania’s new-found energy wealth is tied up in a series of new energy laws that simply can’t get through Parliament. And Kenya – struggling beautifully but ardently to implement a new constitution, hardly has time for such trivialities as trillion dollar oil reserves.

But that, actually, is a reason things might go OK for East Africa. Unlike the now drunken uncle Nigeria, these countries aren’t just waving in outsiders with no requirement except that they lace the doorman’s hand.

The reason for the stall in Tanzania’s multinational contracts is because of the immense new pressure being exerted on its Parliament by … we-the-people. Centered on new energy finds, the power of young legislators and activists around the country to create a fair energy law is unprecedented in this sheepish country whose population until now has jerked its knees whenever its leaders whistled.

And Kenya has become one of the most sophisticated democracies in Africa. Its only delay, truly, is because such heavy lifting as implementing a new and brilliant constitution must come first.

Each country is different, of course, but my take is that African democracies are maturing so fast that they are now fully capable of creating welcoming capitalist environments for these giant multinationals that will ultimately benefit them mightily. Thirty years ago, Nigeria just wasn’t mature enough.

To be sure this is a serious generalization that needs careful parsing. And don’t give it to the multinationals to do; don’t presume that they always know what’s best. Ask BP Shell and the other multinationals that struggle in Nigeria. Many wish they’d never started.

But once invested giant multinational energy companies get caught up in their own ideological web that won’t let the little spider move on even as the web gets torn to shreds. While a few multinationals have left Nigeria and Belarus, most wouldn’t walk away from their huge capital investment, even when the returns weren’t worth it.

This led to all sorts of horrible things. Horrible returns to investors, yes, but corruption and graft on huge scales that to this day continues to stymy Nigeria.

I don’t think that will happen, again. Thanks not to the greed of the multinationals, but to the sophistication of Africa’s young emerging democracies, today.

And I for one think that Kenya and Mozambique will be the leaders and shakers. Tanzania could turn out well, too. Right there are reserves of oil and natural gas that are almost a fifth of the existing reserves in the Mideast.

And if Angola and Uganda throw off their despicable governments – which could indeed happen – then the oil well overflowith.