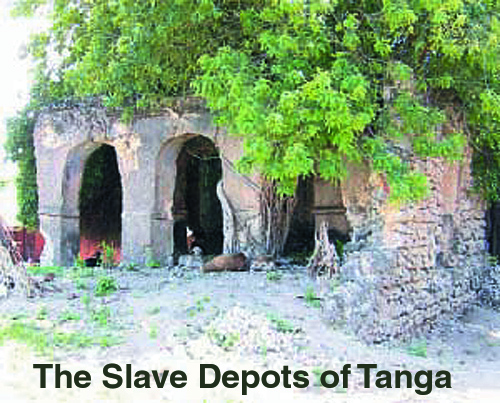 The last day that human slavery was legal in the civilized world was June 19, 1865, and every day since extraordinary efforts to understand and document the horrific practice have been unrelenting. Now Tanzanian scientists are debunking several established concepts about the origin and explosion of slavery in the 17th century.

Amistad and Goree Island lead most explanations of the incredible increase in slavery in the 18th and 19th centuries as principally motivated by America’s rapid development, especially the growth of the cotton and tobacco industries.

Most black Americans are descendants of West African slaves held on southern agricultural farms, and until now, documented slave trading from East Africa seemed incidental to the millions taken from West Africa for the Americas.

Last week Tanzanian scientists announced several years of ongoing work in the northern coastal regions of the country has uncovered evidence that the slave trade flourished in East Africa from as early as the 13th century, long before the West African commerce began.

Prof. Edward Mgema has discovered more than 42 sites along the Tanzanian Indian ocean coast near Tanga that appear to be ancient slave trading depots, and likely ones that were used for more than 500 years.

Mgema is challenging older established theories which hold that little slaving occurred in East Africa relative to West Africa, based mostly on the journals of ships trading into the area that rarely listed slaves in their manifest. This fact still remains to be explained if Mgema is right.

The holding areas Mgema reports were nearly all associated with ancient mosques, and the inference is that slaving in East Africa was organized or at least condoned in a religious way that might have kept it off the ship’s commercial records. This has yet to be established.

Slaving was known to exist from nearly all ports in Africa from the earliest times, but none as commercially dynamic as evinced by the slave depots and holding sites like Goree Island, and now, the mosque depots in northern Tanzania. Moreover, if corroborated by further study, the 42 Tanzanian sites predate by hundreds of years any such sites in West Africa.

Several elephant researchers, including Tanzania’s Charles Foley, have contended for some time that slaving was a natural outcome of harvesting elephant ivory. Foley contends that once the ivory was cut from the elephant, the only way to transport it to the coast for its ultimate delivery to Asia and Arabia was by catching slaves to carry it.

There is now and has always been much larger elephant populations in East than West Africa.

Whether slavery was born or ivory harvesting or as a religious practice, or both, Mgema’s recent archaeological discoveries put some real teeth into the notion that East Africa, not West Africa, was where slaving began and likely where over all time the most slaves were harvested.

Mgema has been working in the Tanga area of the north Tanzanian coast for some time. He is also the discoverer of hominid footprints that are thought to be 1.5 million years old.

It will be interesting to see if this extraordinary work by an extraordinary Tanzanian scientist can crack open some misconceptions about the origin and motivation for slavery. It isn’t often that a developing world scientist can effect a massive academic body of work mostly built by westerners.

Congratulations to Mgema and his team. No matter how this is accepted in the west, one thing has certainly been discovered at a more contemporary level. There are some really smart people in Tanzania!