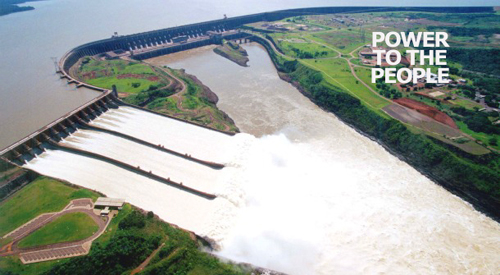 Bruised but recovered from the embarrassing loss of the Serengeti Highway project, Tanzania looks truly set on creating one of Africa’s largest dams over currently one of its largest game parks.

Friday, Energy and Minerals minister William Ngeleja announced during a visit to the area that “This is not a ghost project…Tanzanians will see it kicking off this July.”

The visit was perfectly timed. Heavy rains throughout East Africa have been flooding large agricultural areas and destroying many smaller villages. Not only would the dam produce more than twice the electricity Tanzania projects needed within the country, it would control the devastating flooding that seems on the increase with global warming.

When first proposed in the 1980s the project had a price tag of a half billion dollars. Today the cost is $2 billion, and most of this will come from Brazilian banks.

Environmentalists seem resigned to the project finally happening. The huge outcry raised when the project was first proposed, equally as vociferous when rebirthed the first time in 2002, is today totally lacking.

The best environmental study for the area was conducted by FAO in 1981. At that time there was concern that the large project would seriously disturb the water ecology of the area.

Other studies focusing on the then developing Tanzanian tourist industry in The Selous Game Reserve in particular were more equivocal. The impact area is so large, and the tourist area so small, it’s very hard to predict how these will intersect.

But there’s no question that the area effected will be huge, greater than the Colorado river basin that was effected by the construction of the Hoover Dam. The flood lake itself could exceed 100 sq. miles. The controlled water flow that would absolutely benefit area agriculture and provide stability for dozens if not hundreds of area communities would likely drain another several thousand square miles of wetlands.

Such an impact in the 1980s was deemed too consequential, and the World Bank pulled out of the project in the 1990s. The Norwegians stepped in, then fretted over the impact for several years before also stepping aside after pouring about $25 million into environmental studies.

The uncertainty of how the project would impact Tanzania’s inland fishing industry was the basis for local political opposition that when then allied with environmentalists worldwide effectively eviscerated local support. But it seems now that even while there could be catastrophic impacts to freshwater fishing, local sentiment has swung in favor of more power and less flooding.

Although the World Bank and western agencies remain cautious about resupporting a project they once ditched, Brazil, China and South Africa (the new “BRAC” countries) have no such qualms. The money is there.

It remains unclear how the project would effect the relatively small area where nearly 80% of all tourists visit, the “Lower Selous.” It’s possible this area will see little change other than the greater fluctuation of the Rufiji River along which most of the camps are built. This is something camps in Zambia’s Lower Zambezi have been dealing with for years, as the great Kariba Dam performs similarly.

But the half dozen or so new camps in the “Upper Selous” near Stiegler’s Gorge will likely be drowned away. This includes Serena’s new and popular Mivumo River Lodge.

The world has changed considerably in the last 40 years since the Stiegler’s Dam was first proposed. Global warming was not well understood then and even though development has lagged last century’s predictions, growth is accelerating, today.

A project of this magnitude could have enormous local benefit. What concerns me is that the Tanzanian government and parastatal authorities managing electricity remain corrupt and unprofessional. Yes, there will be new power, but will anybody get it?

But if the Tanzanians can get their own disheveled house in order, then I think it would be unconscionable to trade off the social and economic benefits of the project to save the beautiful, wild and otherwise unmanageable Selous. Unlike with the Serengeti Highway, there is no alternative.