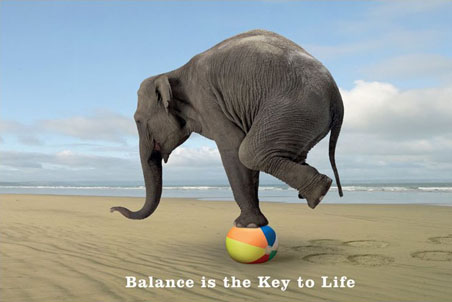 Sometimes today I think I’m living in a parallel universe where the main difference is the use of fact. It doesn’t seem to matter much anymore in my one cognizant world, and it gets harder and harder to cite a historical truth. Even self-created organizations like PoltiFact have lost credibility.

And for a scientist, a respected academic, to suggest … and then receive a distinguished platform from which to suggest that the world’s largest terrestrial beast should be imported as an invasive species to an island environment that is wracked to the core by problems of invasive species … oh, Charlie Brown, good grief.

David Bowman from the University of Tasmania in Hobart wants to “turn the system around” by thinking “outside of our current paradigm.”

And let’s not take Dr. Bowman out of context. He didn’t just ask that elephants be introduced to eat grass. He also asked that rhinoceroses and komodo dragons be introduced, too.

Basically by ignoring virtually every aspect of island ecology science, invasive species history, and his own country’s lengthy list of lousy ideas to control nature.

Bowman’s trigger for his bold suggestion is the three-year anniversary next week of “Black Saturday.” That massive bushfire in Australia’s outback killed 179 people, destroyed 2029 homes and was fueled by another invasive species, gamba grass.

The impact of invasive species introductions does not have a very positive history. I’ve argued before in this blog that once introduced, we should basically leave them alone, and this uncomfortable association I make environmentally that allies me with current American politicians with regards to the mortgage crisis is unfortunate.

But just as we can’t undo the nature that we’ve done, we ought not in the beginning do anything with nature that it doesn’t want to do itself to begin with.

And that’s essentially where my ecological views diverge from American economics. Got that?

Man’s incessant belief that he can control or manage nature is above the ceiling of his natural selection. We can’t. We’ve tried. We’ve failed.

But it isn’t just that FACT that bothers me. It bothers me that a scientific journal like Nature will give a platform to this nonsense.

It bothers me that Republicans (most recently Mark Rubio) say that job creation in the last three years has been worse than the three preceding years. Just another misguided elephant.

And so forth. And so forth. Today, FACT doesn’t seem to matter. If it isn’t entertaining enough, drop it I guess.

It’s getting harder and harder to cite a historical truth, to keep facts in mind, because our intelligentsia is fooling around with them, treating fact as something preferential.

The Elephant will not stop the Bush Fire. But he might do something else.