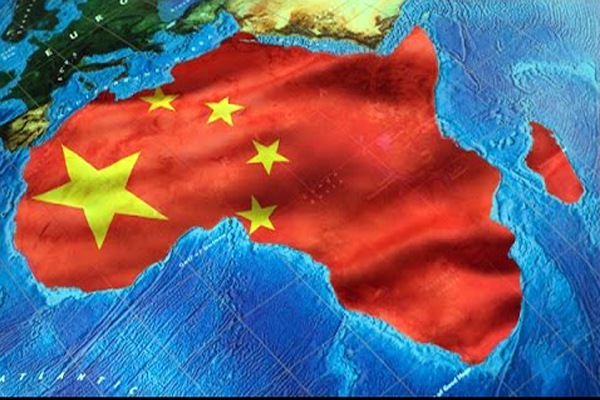 “The West’s loss of moral authority… has created a vacuum,” says Nairobi’s Daily Nation today. “The rise of far-right movements… and the election of President Donald Trump… has buoyed the anti-democratic forces in Africa.”

“The vacuum,” according to Professor Michael Kithinji of the University of Central Arkansas, “is being filled by China, an authoritarian country with immense economic influence in Africa.”

Should we in the west worry about this? Prof. Kithinji is not the only voice warning of this, and it’s been repeated for at least a decade. The West’s retraction from Africa, mostly in terms of aid, began long ago and China stepped in almost immediately.

That’s been a very big step.

Researchers at the U.S. college of William & Mary did some amazing grunt work in determining good figures for Chinese aid, which is not publicly offered by the Chinese. The BBC lauded the research as “painstaking.”

Over about the last 15 years China has give about $362bn in foreign aid compared to America’s $399bn. There are some serious differences.

China’s aid is concentrated in Africa and Asia. U.S. aid is spread pretty evenly around the world. China’s aid is increasing; American aid is decreasing: In 2009 China gave twice as much as the U.S. and has consistently outstripped the U.S. every year since except in 2010.

21% of Chinese aid is grants; over 90% of U.S. aid is grants. In other words, most of the Chinese aid comes in the form of loans, which although usually have very generous and long-term repayment plans, must still be repaid.

What is most important, though, is to note how highly directed Chinese aid is. They loan billions to build oil pipelines to ports built with their loans so that they can get oil. Their aid is very self-serving.

The Chinese are using the capitalist system to its fullest, perhaps to its extreme. Down the road the benefit will be mostly to the Chinese.

To say that shouldn’t concern us is identical to saying we don’t care what the Koch Brothers do with their windfall from tax reform.

We do care, and we should care, and so should Africans.

Kithinji: “China has served to inspire the political elites in Africa bent on circumscribing fundamental rights and freedoms. The gospel of an authoritarian developmental state has gained credence even among some middle class Kenyans fatigued by political bickering.”

Nobel laureate Joseph Stiglitz has just revised his 2002 best seller, “Globalization and its Discontent.” The new book accounts for “the Trump era.”

Globalization gobbles the mind, is used so often that it turns us off to read it. So we’re running out of words. That doesn’t mean you should bury your head in the sand.

What Stiglitz newly warns us about is that “globalization” is not bad unless capitalism – and especially the growth of income disparity – becomes its centerpiece.

Divide-and-rule missions include exploiting tribalism in Kenya and political affiliation in America, aggravating religious divides worldwide, and most sanguinely to Stiglitz increasing the gap between the rich and poor.

The authoritarian comes out on top. Donald wins. China wins. There’s nothing wrong with winning, unless once you get there you stop all subsequent competition.