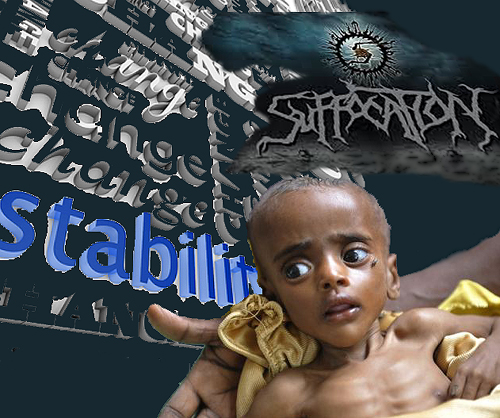 Keita’s victory in Mali, the dozen high-profile arrests for corruption in Ethiopia, Mugabe’s final reign – all African news of yesterday, and much more suggests a return to the past.

I’ve always believed that economy drives politics worldwide. Since America is the largest and most modern economy, what happens here is now mirrored in some fashion every where else in the world.

In America the response to the economic catastrophe was Barack Obama. I’m not out of sync, here. Obama’s ascendency began well before Lehman Brothers, but looking back I’m convinced that his message of “great change” was a prescient notice of imminent economic collapse.

Obama’s message from the getgo was for a more transparent government, a rebirthing of the middle class, regauging the tax structure (taxing the rich), pulling seriously back from military adventures, enfranchising many of the forgotten and certainly wrapping this altogether was the inevitable redistribution of wealth to some degree.

There was nothing obvious in any of that at the time to suggest global economic collapse was on the way, but hindsight is striking. Nor am I suggesting Obama – or any of us – knew he would be the first U.S. president to be nominated by his party when the economy was raging hot and inaugurated as president when the economy was in free fall.

But he was. And now it seems all so clear. We call it a bubble, now. And I firmly believe the tension of that stretching bubble is what facilitated Obama to win the elections.

And mired in an economic collapse he never imagined, Obama’s revolution collapsed before it began.

Progressive redress of the old regimes replaced the blame game. (I guess we get more polite with time.) So instead of jailing Timothy Geitner we made him Treasury Secretary and had him lead the charge to reform the banks. Briefly, society moved forward with passage of things like Obamacare and the Dodd-Frank Act.

Then, it came to a thunderous stop. In America it was the 2010 elections. In Africa it was a year or two later. Whether America foreshadowed or produced the end to change in Africa, I’m not sure. But the “Arab Spring” or “Africa Awakening” or “Twevolution” or whatever you want to call it is coming to its own thunderous stop.

Old faces are reemerging as saviors of their own old ways:

Uhuru Kenyatta, the son of the founder of independent Kenya, is now president there. Ibrahim Boubacar Keita, a politician nearly as old as the tombs of Timbuktu, became president of troubled Mali yesterday. Robert Mugabe has been entombed as president of Zimbabwe. General Sissi again runs Egypt.

And in more socialist regimes modeled after China in The Sudan and Ethiopia, the inevitable pogroms have begun, the cleansing of the less than completely loyal.

Read any of the comments in any African newspaper’s OpEd page and you’ll see why:

“Peace or chaos. I chose the peace because after all … everyone is tired, history, that we never learn from, has it that we will again sit together for the peace that we now take for granted. By the way, that is why when one dies we say Rest In Peace. Not Rest in Chaos.”

This is all a flashback to the 1980s. It is happening in the U.S. and in Africa for the very simple reason that following the horrible trauma of 2007/2008, we all now want stability.

At any cost. At home and abroad in Africa. Spurts of real progressive moments drowned in economic failures that turn the societal direction back around on itself.

History repeats itself, but does it circle always slightly moving on? Like a ring of waves of a skipping stone?

Or do we just sink in the vortex of the maelstrom?